Manga Review: I Became The Mother of The Strongest Demon Lord's 10 Children In Another World Isekai de Saikyo Mao no Kodomotachi no Mama ni Natchaimashita 異世界で最強魔王の子供達10人のママになっちゃいました 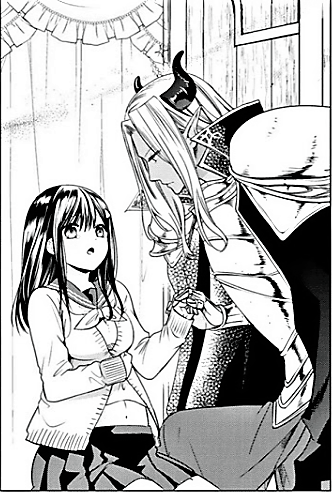 Created By Tooyama Ema In 2019

This manga is about a girl who goes to another world called Abilfia, where she lives inside of a demon lord's castle in a nation called Zodia. The main female lead character, named Akari, is only 16 years old. She is still a high school student. She is very innocent and child-like. She has had no sexual experiences with men.

Akari used to live with her mother. Her mother was a single mom, but one day, a car lost control and hit Akari and her mother. Akari's mother shielded her with her body, which is why Akari was the only survivor. 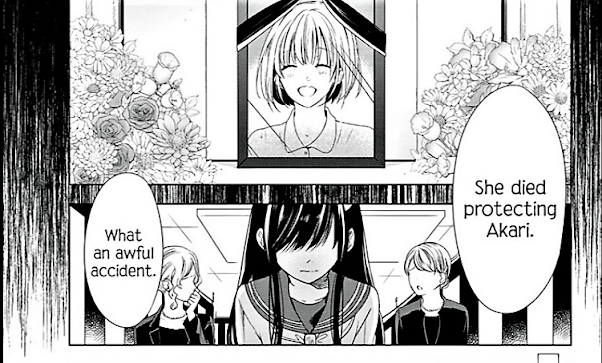 One year after Akari's mother died, she made a wish before her mother's altar that she could become a great mother like she was, and have a family of her own. While making this wish, a demon lord was able to summon Akari to his world. 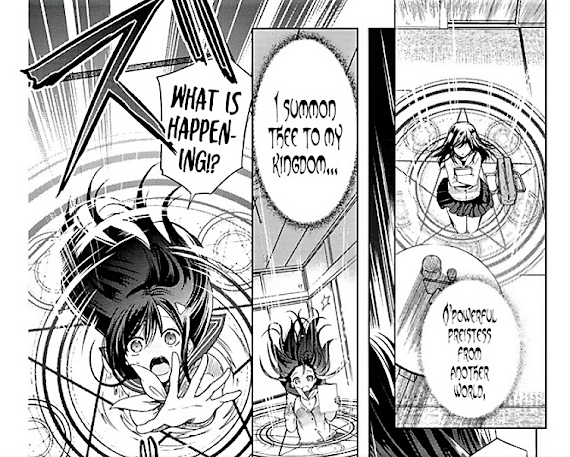 The Demon Lord summoned her in order for her to give him children. She is basically a broodmare to him. The people in this world consider Akari to be a priestess, who is meant to become the mother of the demon tribe and create the future generation.

So, pausing here, I have mixed feelings about this manga. The focus seems to be on the very traditional idea that a woman's main life purpose and joy is to become a mother/motherhood. It is a very old traditional way of thinking. Akari is also very young, only 16, so her experiences are extremely limited. A focus on love is also not present here either. Akari does not even know the Demon Lord she will have children with, but she just wants a family, so she is willing to accept this. This is a very ancient way of perceiving women and marriage. Of course, love might slowly develop from this arrangement between Akari and the Demon Lord, as it occasionally does in arranged marriages, but still, it is a bit sad that Akari will not get to experience many things before she is limited and tied down by motherhood and marriage. 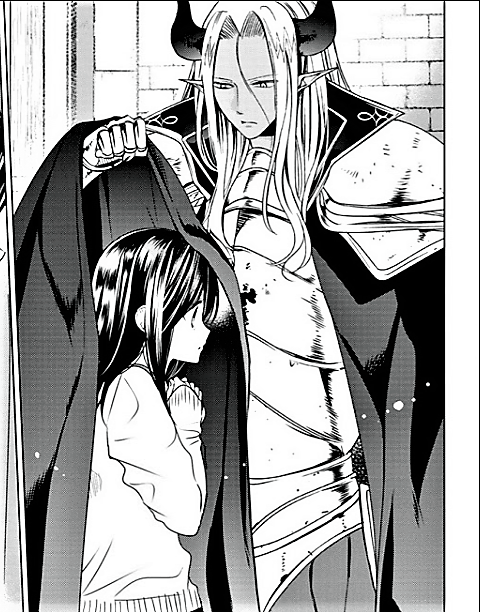 Relationship aside, this manga also seems to focus on comedy, rather than intense passionate romance or extreme drama. There are even some very lewd moments in this manga, so be warned, it is not for young children. It deserves a mature rating.

After meeting the Demon Lord, spending time in this new world with monsters, and finding out why she was summoned, Akari faints because it is too much. When Akari wakes up, she is in the Demon Lord's chambers, which looks more like a filthy bug-ridden dungeon. So Akari makes all these demands insisting that he clean up the room before she would sleep with him. This delays the union and gives Akari time to learn more about this new world and its people. 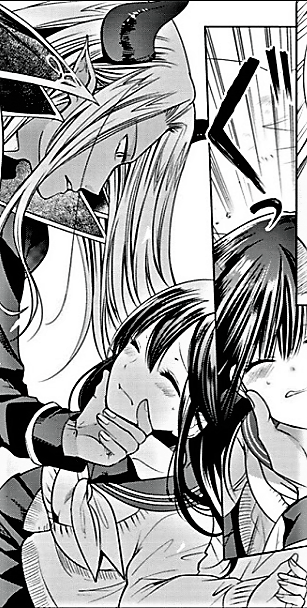 Akari finds out that the demons in this world are currently at war with humans, which is why the Demon Lord needs heirs as quickly as possible. If he dies in battle, his people will be left without an heir to replace him or help them.

Akari feels sorry for these people, so she tries to help them by bandaging the warriors' wounds who just came back from battle. Seeing the results of the war, Akari becomes worried that any children she has for the Demon Lord will be used in the war and die in it. She also does not realize that humans are the antagonists. They have kidnapped the Demon Lord's mother and are holding her captive. However, the Demon Lord wants to free his mother and he does not intend to send his children into the war; he just wants to protect them and his people.

Realizing that she misunderstood him, Akari cleans up his chambers and apologizes to him when he returns from the battlefield. The two of them talk more, get to know each other, and start to share their personal feelings about their own parents and parenthood. So, Akari and the Demon Lord start to bond, and Akari becomes more comfortable with the demon people and the lord, and agrees to bear his children. 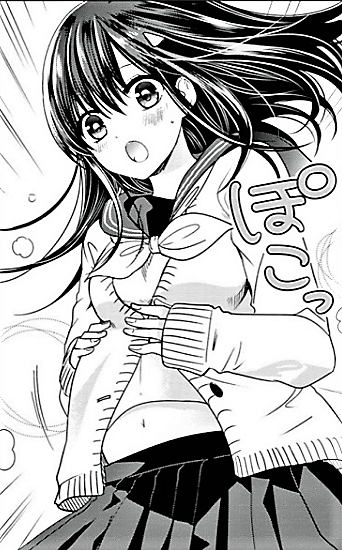 Akari is then impregnated (without actually going through with the act. She is injected with the Demon Lord's sperm), Shortly after, she delivers an egg, which hatches, and her newborn child comes out of it. Akari's pregnancy is very easy. It is more like it is in nature for insects. Akari's cute baby demon comes out, and it is here that this manga ends. 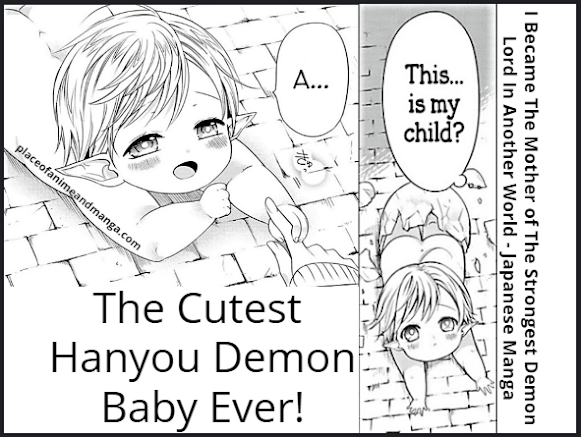 I like traditional mangas, but I do not really like it when young girls are married off to much MUCH older men, and motherhood and marriage are seen as the primary form of happiness for them. This really limits girls when they are in this situation, and it is unfair to them. This is a fantasy manga, however, so it is not portrayed realistically. I mean, what does a 16-year-old know about being a mother? She barely has discovered herself. She is still learning who she is. She is still learning about the world, and her education is still lacking, so she has little to offer a child; she is still a child herself after all.

Furthermore, given the war setting, this is really not a good time to have a child. The father will not have much time to be there for his child or help raise it. The father could also die very soon after the child is born, or before the child reaches adulthood. Thus, realistically, there are a lot of issues with the theme and focus of this manga, which make it hard to relate to or connect with. I am also not too into ecchi mangas either (I guess I am a conservative girl at heart in many ways). Despite my negative feelings about this manga, however, I do think that it will progress to be a sweet simple romantic comedic manga. I think it will also become less ecchi as it goes on, so if you like romantic fantasy mangas, and are okay with ecchi, you may like this one, but I think many people will be turned off from this manga and will not want to read it, so if you are not into fantasy ecchi romance, then I do not recommend this manga.

Anime Merchandise In Our eBay Store 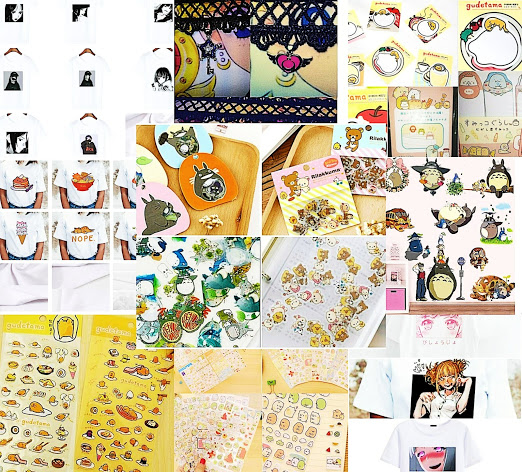 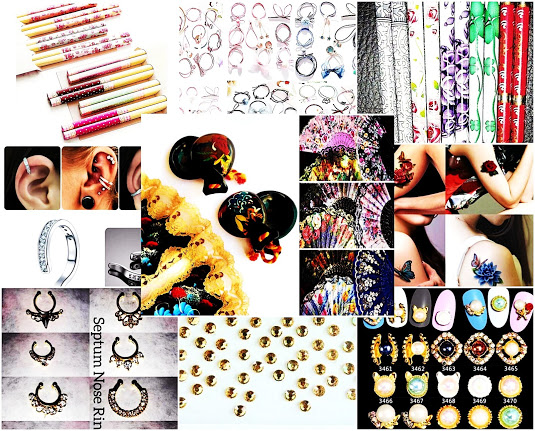