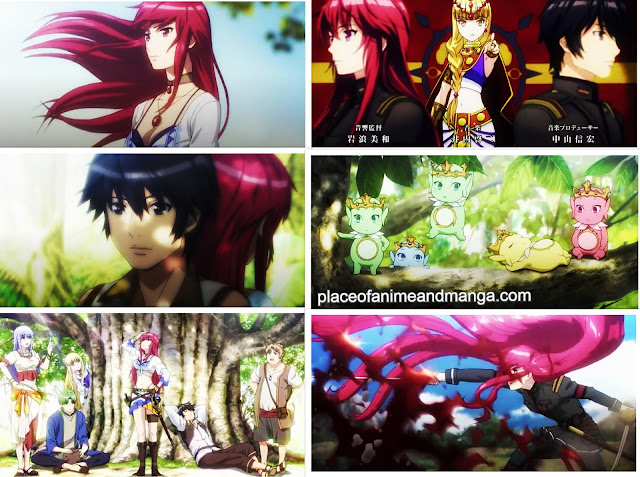 
This anime starts out with very colorful and detailed graphics! I love the character designs in this anime as well; they are excellently done! The character designs remind me a lot of Sinbad. They are old traditional foreign clothing with a strong Middle Eastern Arabic feel to them. The setting/environmental design also reminds me a lot of ancient Egypt.

The setting for this anime is during war times. A country is being invaded, so this anime does have heavy military themes. 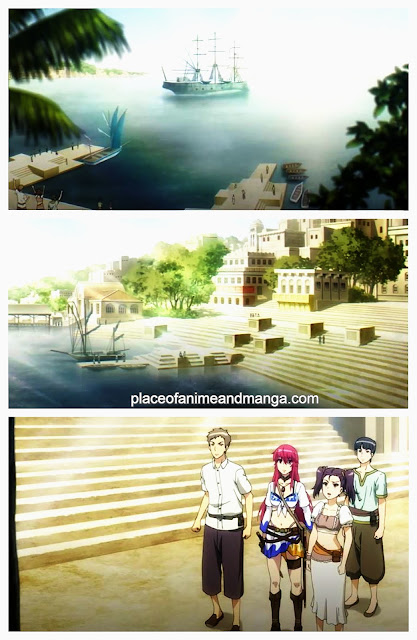 This anime starts out with the main male lead, Ikta, lounging in a tree. Ikta has to board a ship heading to an island with his little friend/pet named Kus. After this scene, the anime then transitions to the female lead named Lady Yatori, who is preparing to be a high-level officer.


Ikta is not very well respected by his peers like Lady Yatori is, but despite this, Lady Yatori recruits Ikta's help to help her pass the high-level officer exchange exam by rigging it for her. In exchange, Lady Yatori will use her connections to get Ikta the job that he wants.

Lady Yatori wants to cheat on this exam because of the intense amount of pressure on her as the oldest daughter of a high upper class family, the Igsem family. Everyone expects Lady Yatori to score high on the exam, and she does not want to disappoint them. Thus, Ikta agrees to help Lady Yatori, but he wants nothing to do with the army again after he does this favor for her.

All those who passed one of the military exams ended up on a boat together, so Lady Yatori and Ikta are on this same boat with everyone. It is here on this boat that they meet Haro, Matthew, and Torway. Everyone shares a cabin together on this ship, and they all must prepare for another exam, which is why they are together on this ship. 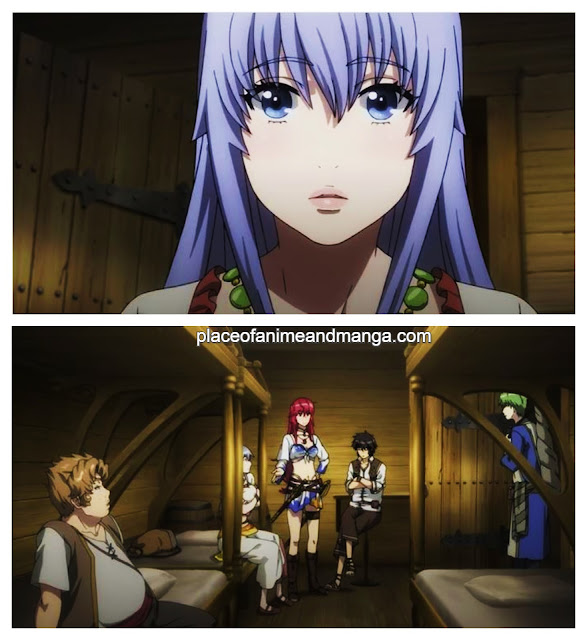 While on the ship, everyone bonds together, relaxes, and plays chess together. Unfortunately, during their travels, the ship becomes very rocky because of a terrible storm. This storm causes the ship to flood, and everyone has to escape on lifeboats. One girl though slips into the water off of the ship and almost drowns, but Ikta fortunately jumps into the water and saves her in time. 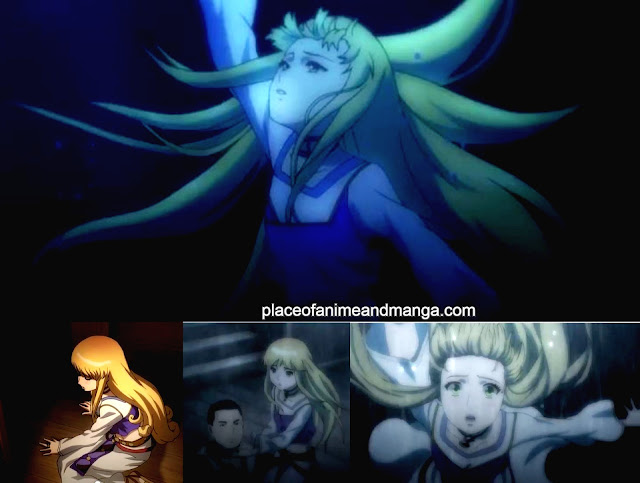 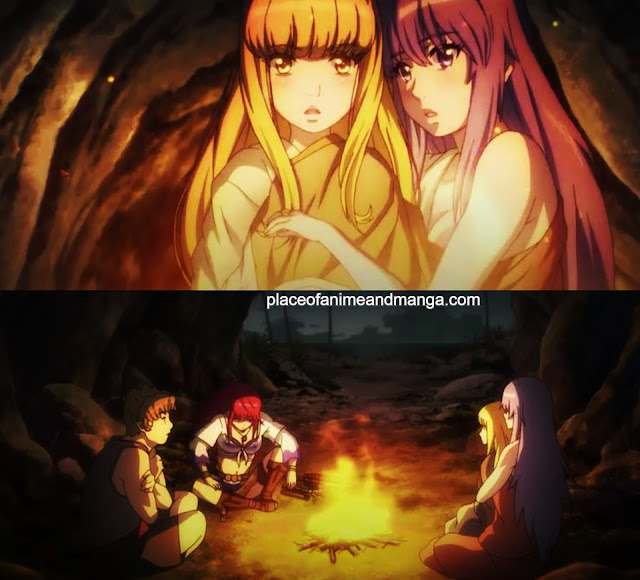 Others from the ship survived the storm as well, and they are surveying the surrounding area. While doing this, they discover that they are in enemy territory, Kioka Republic territory. Given this situation, they only have two options: They can surrender as prisoners of war and possibly be killed or tortured, or they can try to escape across the border.

Everyone is unsure which option they should take, so they decide to take a day or two to think about it. During this time, they continue to bond with each other and become closer.

The nature scenes of the surrounding area are so stunning in this anime! This anime is just so beautiful graphically, like pure art! 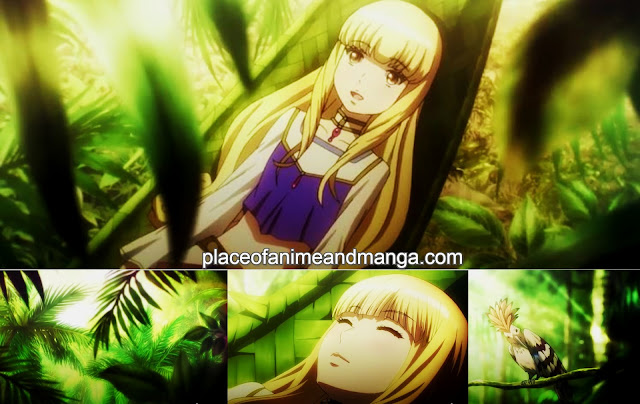 After seeing so much beauty and joy, things quickly take a dark turn however. Everyone thought that they had time to decide what to do, but one of the enemy devices, an air unit, appears over where they are, so they must hide. 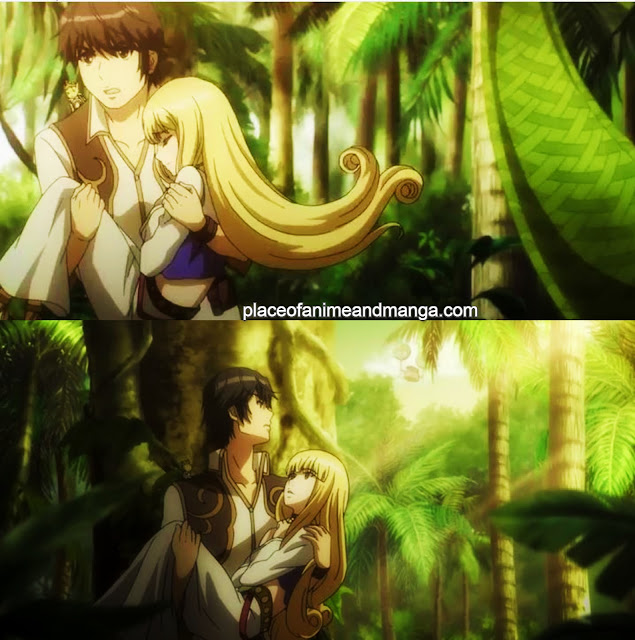 They were undiscovered by the enemy air unit, so they returned to the cave to sleep, but the princess got up to go to the bathroom in the middle of the night and was almost captured by soldiers. However, Ikta saves her again by giving himself up to the enemy soldiers before she does. This allows Ikta to protect everyone and prevent them all from being discovered and captured. 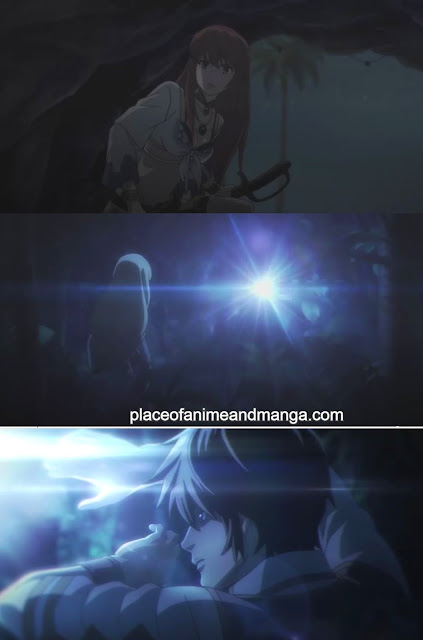 Meanwhile, everyone else in the cave was preparing for battle or to surrender themselves to the enemy, since the enemy was close to their hiding place. This moment is very significant for everyone because it will change everything for them; their lives are on the line and they will bring about a great change. Ikta will eventually become known as the Invincible Lazy General, so this moment will also lead to great fame for Ikta and make him go down in history. To see what happens to them, we will have to keep watching!

Is this anime worth watching? このアニメを観るべきですか？ 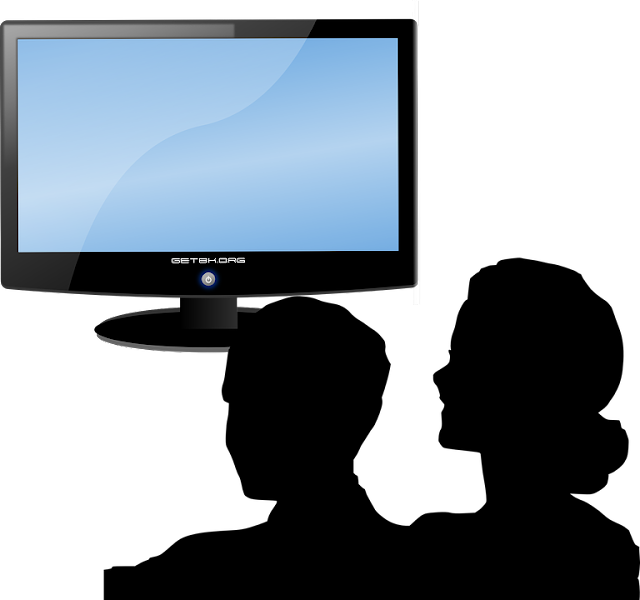 This is a fun exciting adventure anime that incorporates many historical, political, militaristic, and war themes, so it is an anime that will appeal to both women and men, since it has many realistic elements to it.

Watching this anime so far, I really like it! It is beautiful, soothing, and stimulating graphically, and it has a great plot that is easy to understand and not too difficult to follow, so I definitely plan to continue on watching this anime. I think this is a great anime for those who like action, adventure, history, and political animes. However, if you like more simple school-themed romantic animes, then this one may not suit you.

Nejimaki Seirei Senki: Tenkyou no Alderamin - Alderamin On The Sky On Amazon