This anime starts out with a very unique and different animation design, which I really find pleasing to watch. The main characters do not look Japanese at all, but very American looking; many of them have blonde hair, and there is a heavy focus on bright yellow and white colors. 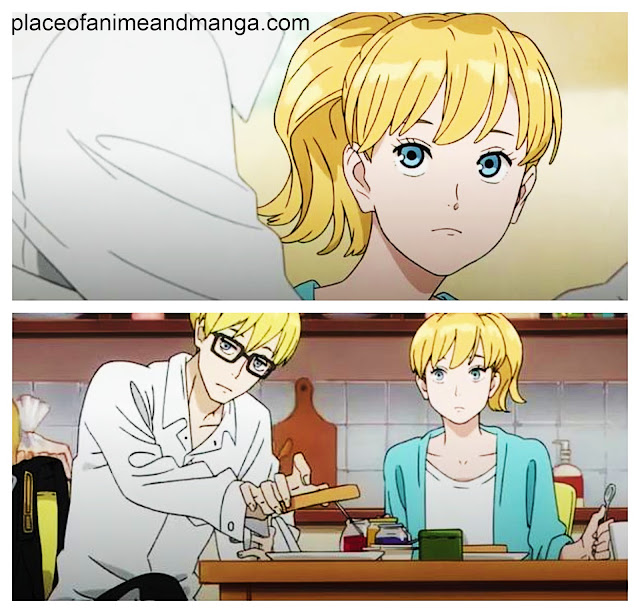 The main character in this anime is named Jean, and his sister is named Lotta. Both of them have blonde hair and blue eyes. Currently, they are both living in a nation that is at peace.

At the start of this anime, Jean is going to work in the morning and he is dressed as a government official/officer. Jean works for the inspection department, and his signature trademark is smoking. Jean smokes constantly; he is rarely seen outdoors without a cigarette in his hand, which is considered a luxury that only the rich can afford in this anime.

The company that Jean works for, ACCA, is in the DouWaa Federation, which is made up of 13 district states. ACCA operates independently from the state though. Each branch in the organization is independent and maintains itself.

After Jean receives notice that the investigation division will be terminated, he finds out that he will be sent to another branch far away, Faamasu Branch. While there, Jean will notify them of the termination and do an investigation where he will check on the performance of the employees at that branch. 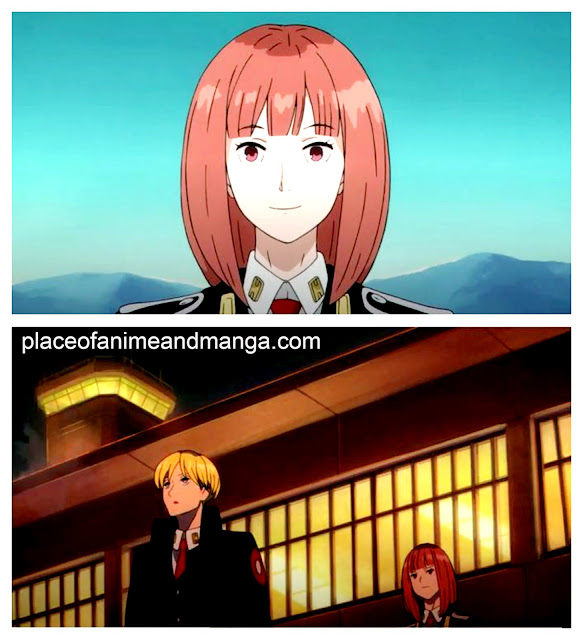 As a result, Jean travels to the Faamasu Branch and is picked up by this branch's supervisor, Eider. Eider shows Jean the area and takes him to the branch, where he starts to check their documents and reports. Jean discovers that a report for a certain day has been tampered with.

To investigate the tampered report, Jean goes to question the constables at this branch, and discovers that when they went to investigate illegal cigarette makers, the constables were bribed and let the criminals go in exchange for a cut of the money.

As a result of the bribery being exposed, the corruption was exposed in this branch, so Jean could relax a bit with Eider and then he returns home the next day. 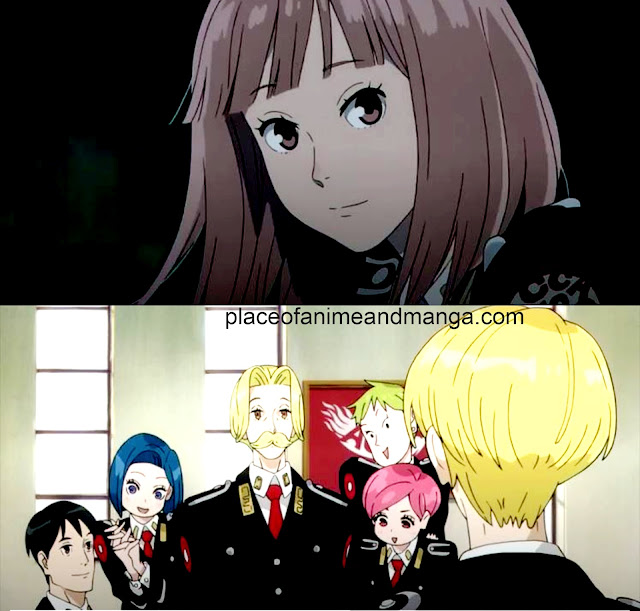 When Jean returns to work the next day, he finds out that his investigation made ACCA realize how important the investigation division still is, so ACCA decides not to go through with the termination after all.

Unfortunately though, one thing that comes with this investigation is that Jean begins to be watched closely; he starts to be followed around everywhere he goes. Furthermore, Jean also gets bullied at work and is given four times the amount of work that has to be completed in as little as six months. Perhaps, when Jean exposed the corruption at the Faamasu Branch, he also angered someone high up, or he got too close to something that a high official wants to keep hidden. 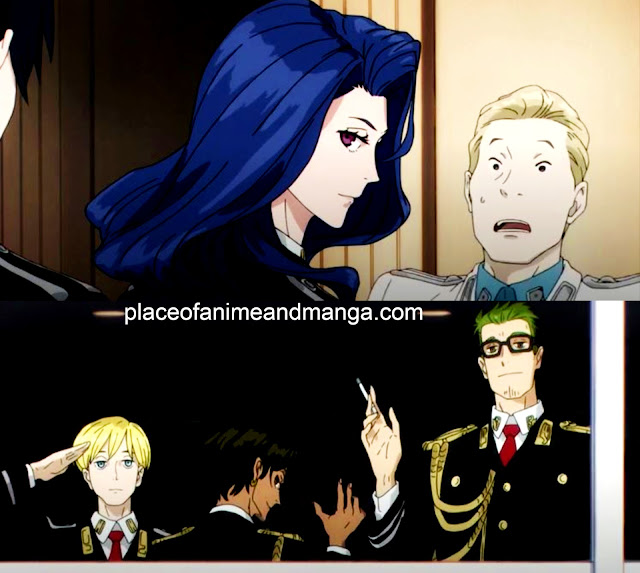 Jean is not happy about the sudden increased workload, but he starts the work, the audits the next day anywhere. While doing this audit, Jean finds out that another government official, Mauve, who is a Director General, is also auditing the same branch.

While moving around this branch, Jean also runs into some friends who have close regular contact with the head of ACCA; these friends also make decisions for the organization, and they also inform Jean that something bad may be coming, which is really why the investigation division really wasn't terminated. 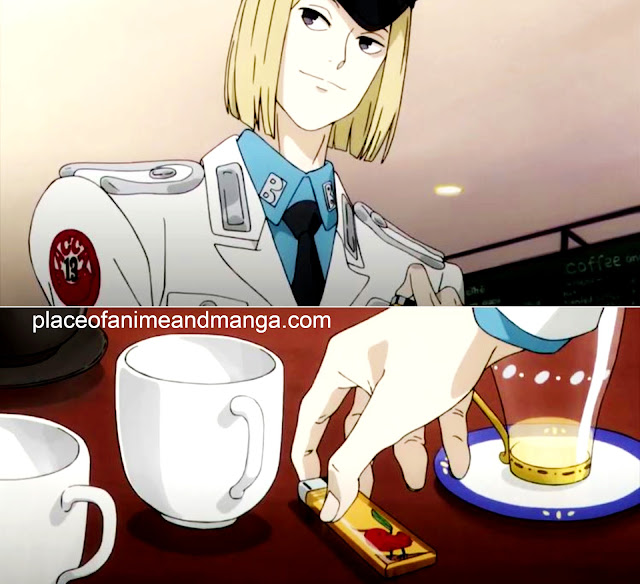 This first episode ends leaving us with a hint of what is to come in future episodes. Exposing the corruption in the Faamasu branch has led to Jean having an enemy, who seems to plan on setting him up for an arson crime by using Jean's own unique signature cigarette lighter.

Furthermore, the head of ACCA seems to suspect that there will be a coup among the branches, which will disturb the peace that the federation currently has. Thus, this anime will unfold many mysteries, crimes, corruption, and bring changes to the state and peace. 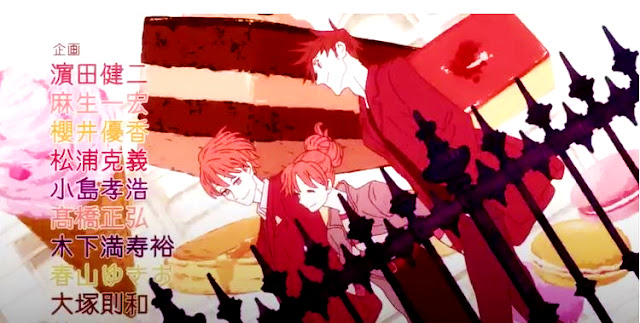 I really enjoyed watching this anime. It is definitely a crime and mystery anime, but it is not heavy in violence, and I like the character animation design, as well as the vibrancy of the colors.

This anime focuses on politics, government relations with everyday civilians, as well as workplace relationships between coworkers. Most animes have focused on school life, so this anime is refreshing, and this difference helps it appeal to an older audience. Teens who love romance may not like this one, since it does not seem to have much of a romantic aspect to it. Instead, this anime focuses on real life adult friendships, relationships, and work experiences.

I look forward to seeing the mysteries unfold in this anime, as well as how these work relationships develop over the course of the anime. Thus, I do recommend this anime for older audiences, as well as for those who are into politics, crime, and mystery.