My Husband Hides His Beauty 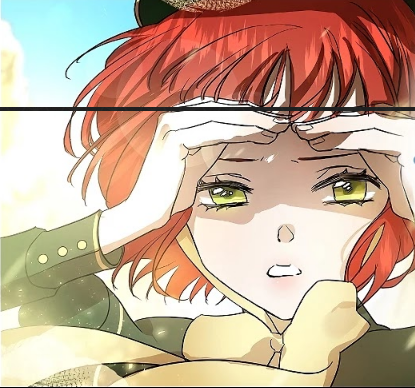 This Korean manhwa starts dark with the main female lead character having a nightmare about being burned alive. This is not just any nightmare however, this is a vision of her past life, of how she died in the past. In her previous life, she was an orphan and she burned up in the orphanage. 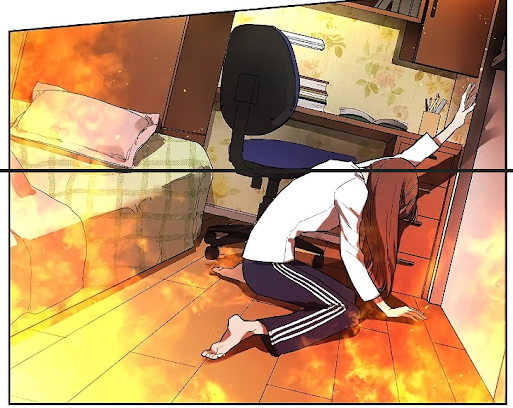 The main female lead has red hair like in the Japanese manga "Snow White with The Red Hair". The time period for this manhwa is also similar to "Snow White with The Red Hair" . It has historical elements that focus on when red-haired women were considered witches, burned, and tortured at the stake. The main female lead is very small and young, and in her current life, although she has been reincarnated, she is still an orphan since her parents died in this life. However, rather than living in an orphanage, the main female lead is living in her uncle's house as a maid. 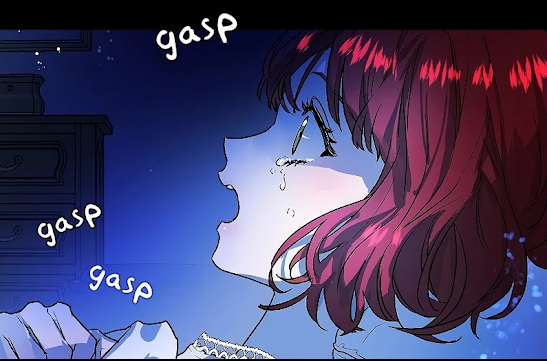 The world that the main female lead lives in has demons, monsters, imps, giant ants, and other fantastical creatures. The time period being represented here is when the witch hunts were still commonplace. 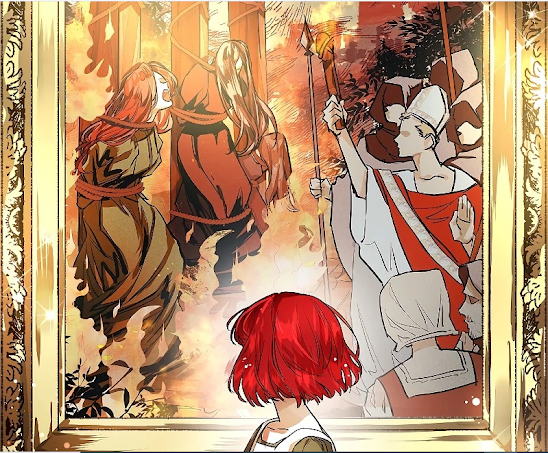 Since the main female lead, named Leticia, lost her parents, her uncle and his family have not treated her well, hence, why she is forced to be their maid and lives in a small room with very little food to survive on. Leticia is special though. She is able to remember her past life, but in the time period that she lives in, the church considers anyone with special abilities or knowledge of their past lives to be witches. The church encourages family members to turn each other in to the church to be killed and burned. So, Leticia must keep her past life a secret for her survival, and though she is a maid, she is wealthy and the inheritor of her parent's mine. Leticia's uncle only took her in for her inheritance since he can claim it as her guardian, because she is only 12 years old and underage. The uncle wishes to get rich on Leticia's inheritance, however, the paper that serves as proof of Leticia's inheritance has been lost and missing. The uncle has been looking for these papers in the land where Leticia's parents died, but he still has not been able to find it, which is why he is still keeping Leticia around. 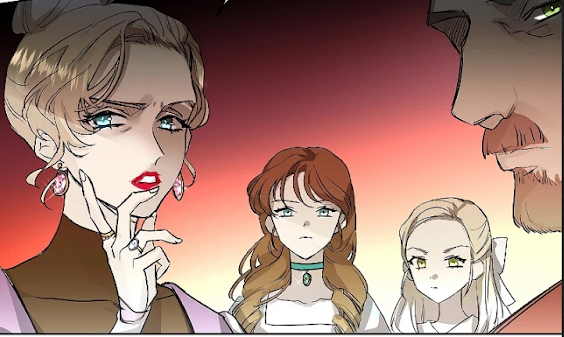 Currently, Leticia's uncle's family is hurting for money, despite living in a mansion with many servants. As a result, the family is indebt to another royal family called, "Halstead". There are many negative rumors about the Halstead Family, such as that their children are born defective and monstrous-looking due to a genetic disease. It is also believed that they do human sacrifices. Due to this financial debt, one of Leticia's uncle's daughters must be given over to the Halstead family in a marriage to unify them and equal out the debt. The Halstead family saved Leticia's uncle's life, so offering a daughter to the king in marriage would be a life for a life, so the debt would be repaid. This debt was written up in blood and is enforceable by the church, which is very powerful, so if Leticia's uncle tries not to follow through with the marriage, the church will take everything their family owns, and they all will be arrested. This is how powerful the church is in during this period piece. 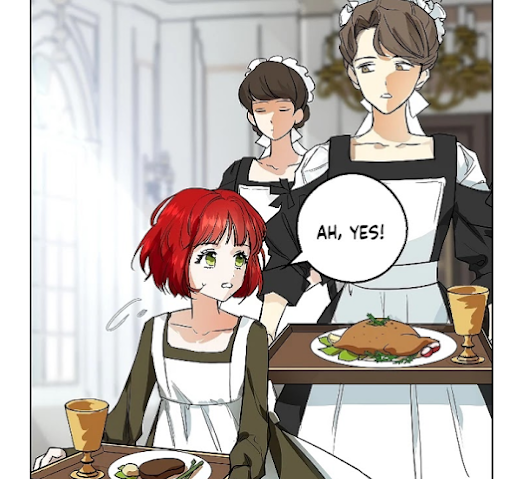 Leticia's aunt will not sacrifice her children though, so instead, she forces Leticia to sacrifice herself as the bride. She does this by threatening to turn Leticia in as a witch to the church if she does not go. Leticia has nightmares about how she died and she also remembers the language that she spoke in her past life. Leticia sometimes speaks it in her sleep, so the family is using this against her and they plan to use it to accuse her of being a witch if she does not do what they want. In addition, all redheads are believed to be witches, so this is another thing against Leticia. Thus, Leticia has no choice but to go to the Halstead House and marry the king for her own survival. 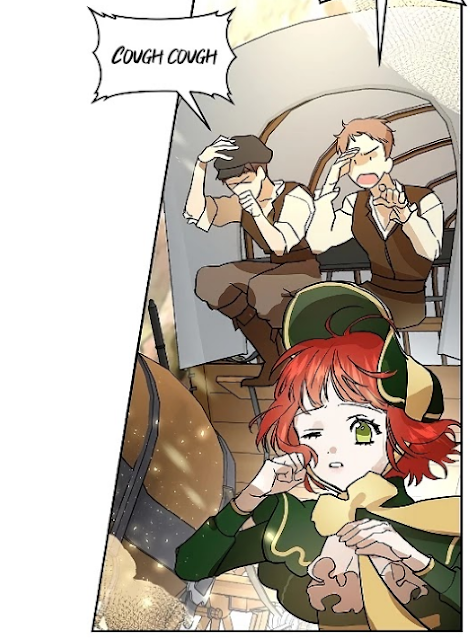 Unfortunately, while on the way to Halstead, Leticia and her drivers get attacked by a storm of imps that eat humans, so this is where this manhwa ends.

This manhwa looks interesting. I love these kinds of period pieces. I also love that the main female lead is able to escape a terrible living situation. I also enjoy mangas that mix historical elements with fantasy and the supernatural. So far, this manga seems quite interesting, and I find myself wanting to read more of it and see which direction it will go in. It looks like Leticia will be able to start a new better life for herself in the Halstead Family. She will be able to grow as a person, she will be more respected, and she may even find love and create a name for herself. I hope that her new family will give her the freedom that she needs to do something great and to experience the joys of life that she didn't experience before.

So far, I like the storyline for this manga, so I will continue to read it and I do recommend it to those of you who like historical, fantasy, and supernatural mangas!

Anime Products In Our Ebay Store 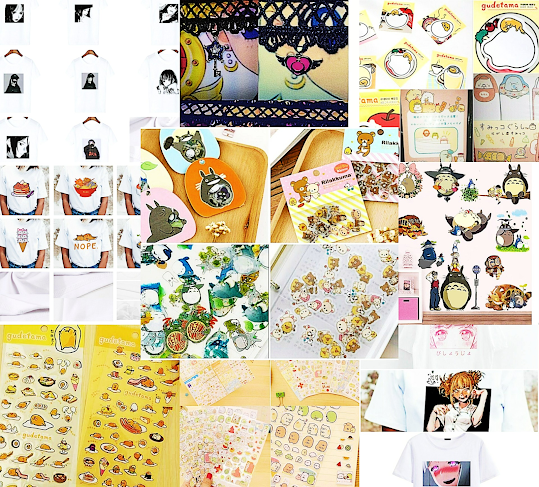 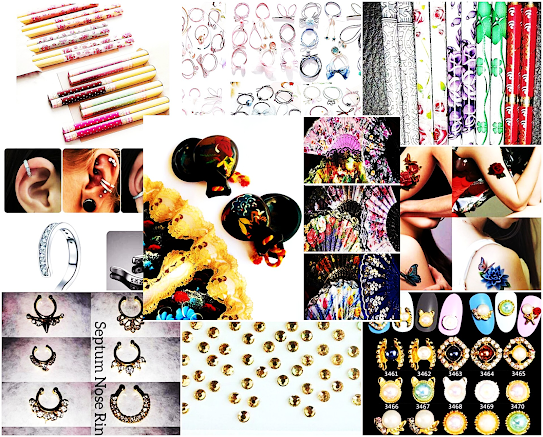