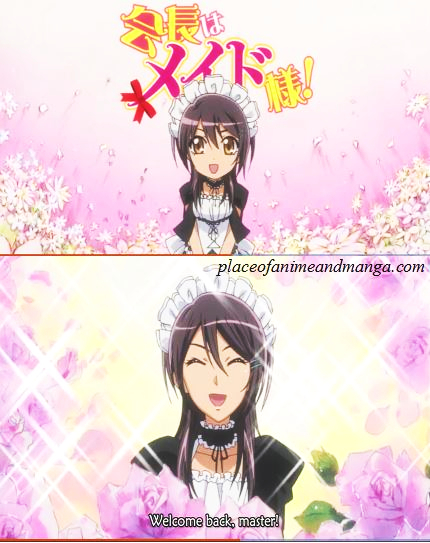 
This anime starts with a very tough strong female lead character named, Ayazawa Misaki, who is the head, the president of the Student Council in their school. She is the only female in an all male council and she is the first in such an environment. She has worked hard to get there so that she could help improve the conditions for the girls in the school.

Misaki is very hard on boys in the school and she is considered quite the man-hater. The reason things are like this is because this school they are attending was converted into a co-ed school when it used to be an all boys school years ago. For this reason, the school population is still almost all boys, so girls have a hard time there, so the student president looks after the girls in the school to make sure that they are treated fairly and are protected. This sometimes means that Misaki has to physically fight and defend herself to get respect from the boys in the school and to make them listen to her. 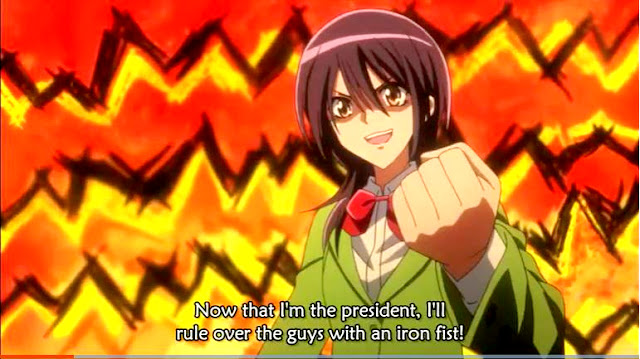 Once school is over for the day, Misaki goes home. It is here that we can see how she is living. Her home is falling apart; the floor is even caving in, and her family is very poor. Misaki lives with her sister and mother, who were abandoned by their father who left them with all his debt. 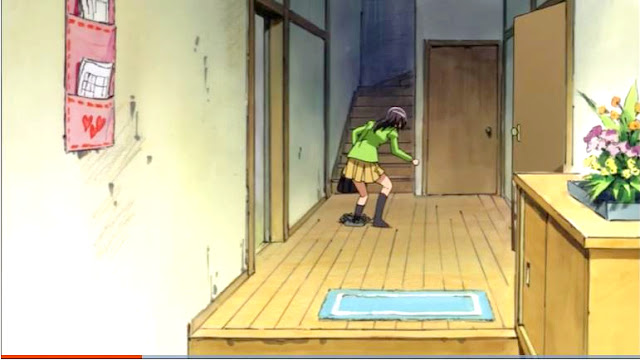 Misaki helps take care of her family by working a part-time job, so Misaki has to go to school, study, run the Student Council, monitor the students in the school, and work after school at a maid cafe called, Maid Latte, in order to bring money into her home and support her family. 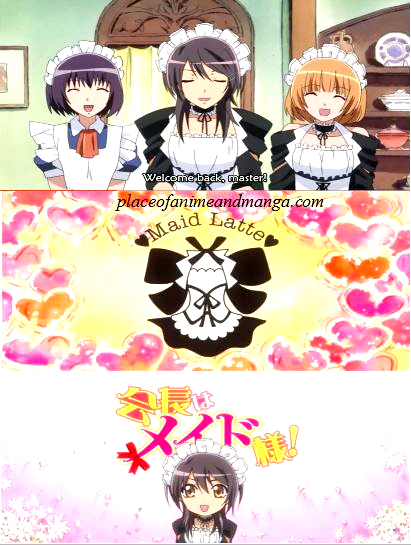 Since Misaki's job is not respectable, she does not want anyone to know about her job, but one day after work, one of the boys from the school sees Misaki working in the cafe in her uniform. The person who sees her is Usui Takumi, who is the school heartthrob. Misaki believes that the school would remove her from her seat as Student Council President if they found out about where she works, so when Usui discovers her secret (where she works), Misaki starts to panic and worry. 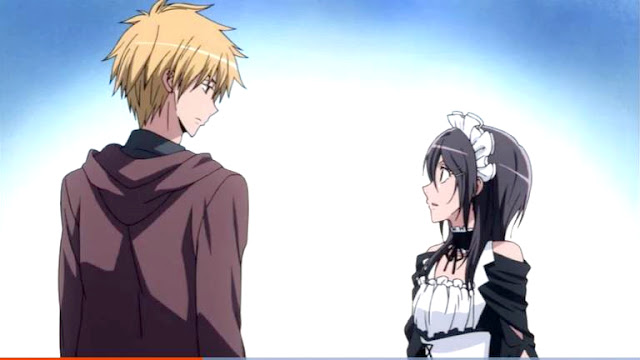 After work, Misaki starts to head home. While heading out, she sees that Usui is waiting for her outside her job. Misaki then explains to Usui about her family circumstances that led her to work at the maid cafe. Usui is hard to read and so after talking with him, Misaki has no idea how he will react, or if he will tell her secret to everyone at school. 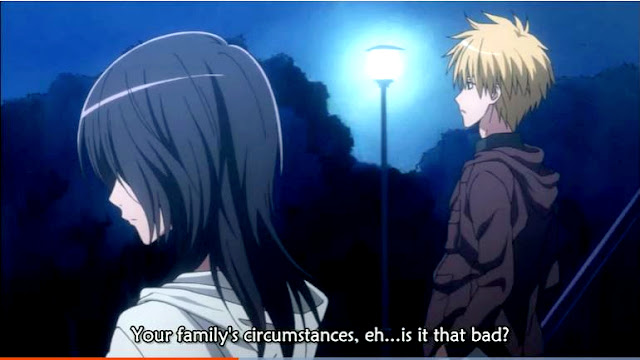 Days pass and still no one seems to know about Misaki's job, but she is still worried. Misaki sees Usui again at school 3 days later, and he still has not said anything. Around this time, the anime hints that Usui has developed a crush on Misaki, so later that day after school ends, Usui goes to look for Misaki at her job while she is working at the maid cafe. Usui buys something there each time and he becomes a regular patron of the maid cafe. The whole time Usui is there, he just stares at Misaki while she works. 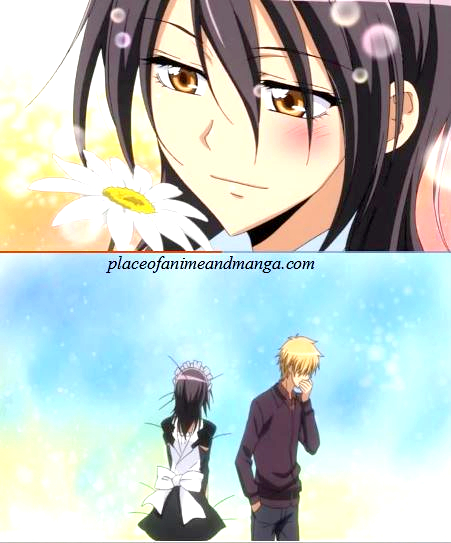 At school the next day, Usui's interest in Misaki is even more noticeable because he starts to ask people who went to school with Misaki when she was younger, what she was like at that time. This behavior is odd for Usui though who has not shown any interest in girls at the school before.

Usui's interest in Misaki leads him to go to the maid cafe that Misaki works at everyday. Seeing Usui's behavior, one of Misaki's friends who also works at the maid cafe, tells her that Usui must have a crush on her, which makes Misaki very embarrassed. 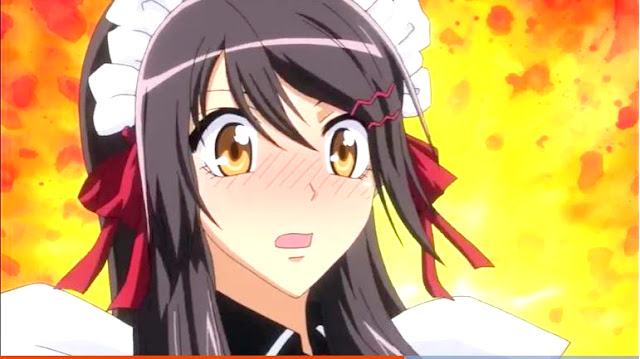 At school the following day, Misaki takes on more work and Usui watches and observes her in secret. Overworking as the Student Council President causes Misaki to get sick, catch a cold, and faint in front of Usui. Usui catches her though and admits that he cares about her. This upsets Misaki because she is very proud; she doesn't want to depend on anyone, especially a man. 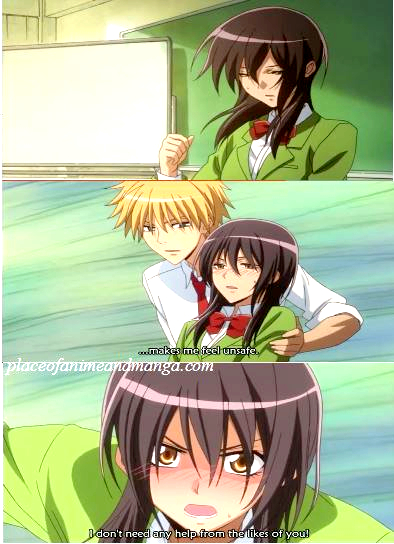 While Misaki is sick, some boys that she has constant problems with at the school see her at work in her uniform at the maid cafe. These boys threaten and bully her, and they try to take a picture of her to show everyone at school. 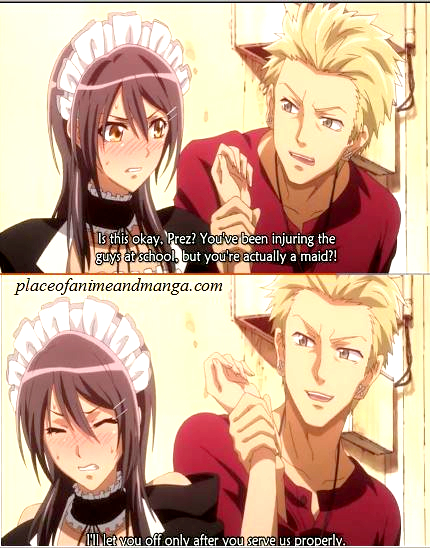 Usui comes along and helps her out though. Seeing Usui, the boys immediately leave her alone because Usui is known for being very skilled at martial arts. When Usui helps Misaki, she apologizes to him for being so harsh towards him yesterday. Usui takes care of Misaki, and let's her rest, and then he takes her home, where she can recover from her exhaustion and sickness. 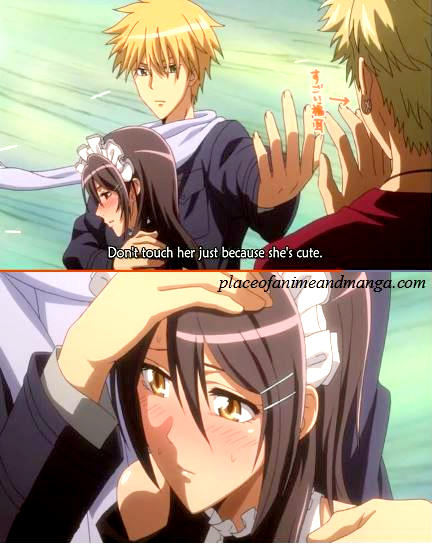 When Misaki is well, she returns to school to find that Usui prevented the boys who bullied her at the maid cafe from telling others at school about where she works. In this scene, you can really see that Usui really cares about her and that the two of them have really started to bond.

Misaki confesses in the end that she is competitive and doesn't like to lose. She also tells Usui how she will one day get ahead of him and be the one to worry about him. After this scene, the anime ends, and we can see that in future episodes, the bond between these two characters will continue to grow and strengthen, and it will be a main focus of this anime.


Anime Review 映画レビュー
Is It Worth Watching? 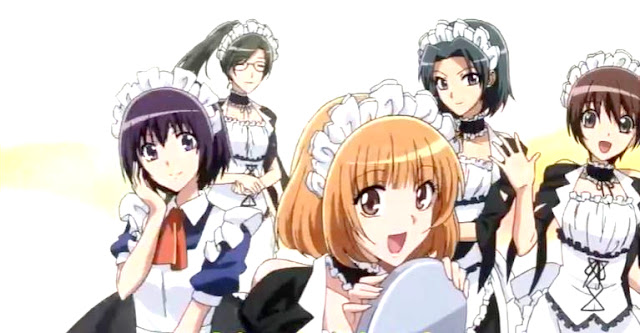 Kaichou Wa Maid-sama! is a school young girl shoujo anime that focuses on the romance between two characters who are not typical and who do not behave in a way that is common socially for people their age. Both main characters are isolated and have strong unique personalities. They also both lack an interest in romance with the opposite sex.

Kaichou Wa Maid-sama! is a funny cute anime that teens especially would relate to and enjoy. This anime does not have intense violence or negative situations, so it is a fun anime that focuses on character growth and maturity, and work and school life balance.