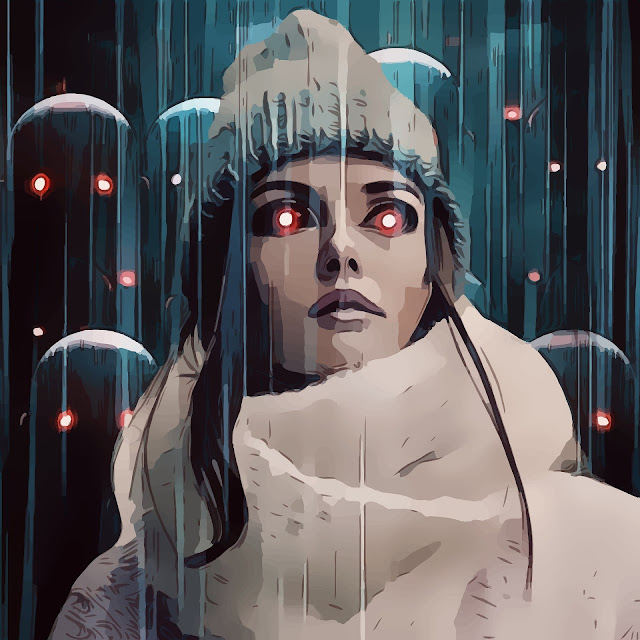 One of my favorite types of animes to watch are vampire animes. The reason for this is because they tend to have a deep complicated plot, and a strong storyline. The graphical designs tend to be very in depth and amazing in these as well. If you love the paranormal and supernatural, then this is the genre to watch! Several supernatural vampiric animes came out in 2018, but here are my top 4 best vampire animes of this year.


Devils Line is an amazing anime! I can't recommend it enough! I loved this anime so much that I went back to read the manga, and I re-watched it many times, so this is definitely my absolute favorite anime released in 2018.

This is definitely a darker anime though, but there are a lot of positive messages in it as well. A main focus of this anime is on the co-existence between humans and vampires, or what is called devils. This anime is about peace between different races of people.

The setting of this anime is during a time of civil strife among the people caused by hatred towards vampires, so there is a lot of persecution, bullying, and racial violence in this anime. In general, there is a lot of violence in it overall, but this is a crime anime, so this is to be expected; this is definitely not an anime for everyone because of this though, but it is an anime that will appeal to many women and men of various ages. 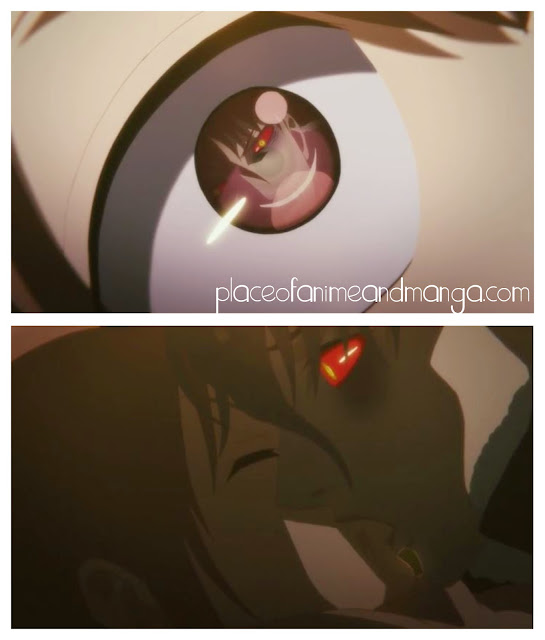 Surprisingly though, there is an amazingly strong focus on love in this anime. Most of the vampires arrested in it, fell in love with humans, so this anime gives voice to the vampires' struggle to not hurt or kill their partners. This anime definitely has one of the best love stories of all time in anime! The love between the two main characters, Tsukasa and Anzai, is so deep and intimate, that it makes the perfect Valentine's Day romance. There is also a lot of sexuality/sexual situations, and themes about lust as well, so it is rated R and recommended for older mature audiences.

The main focus of this anime is on the relationship between Tsukasa and Anzai as they fall in love and try to overcome racial differences in a world that separates them because of the hatred and mistrust from humans towards vampires. Tsukasa was innocent when she got thrown into this world; she entered it for the first time when Anzai arrested her best friend who was a vampire and a serial killer. He killed and raped women, in order to protect Tsukasa from his lust and desire for her.

Tsukasa's personality is beautiful, and Anzai is unbelievably sweet. Both of them make this anime a huge winner, as well as its themes of politics, war, crime, romance, and sexuality. 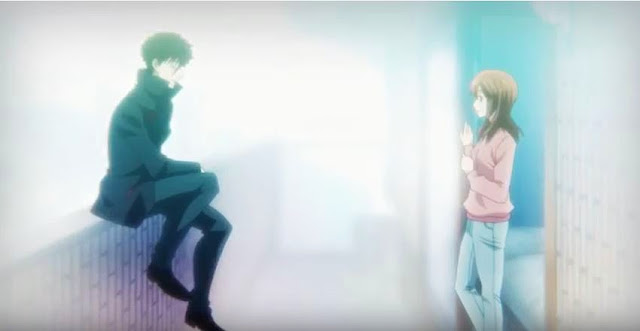 This is the OVA for Devils Line. It continues after Anzai is sentenced, and a restraining order is put out on him to force him to stay away from Tsukasa. Their love is strong though, so Tsukasa finds a way to still be around Anzai by working at the facility that he is being kept in.

This OVA focuses on their experiences apart, but also on Anzai spending time with his mother for the first time, and on him learning about his heritage, upbringing, the history of vampires, the research on devils, how his parents met, his birth, and the history behind his father and the organization ONL.

The OVA, unlike the series, takes out the violence, crime, and sexual imagery, so it is a far gentler version of the series. 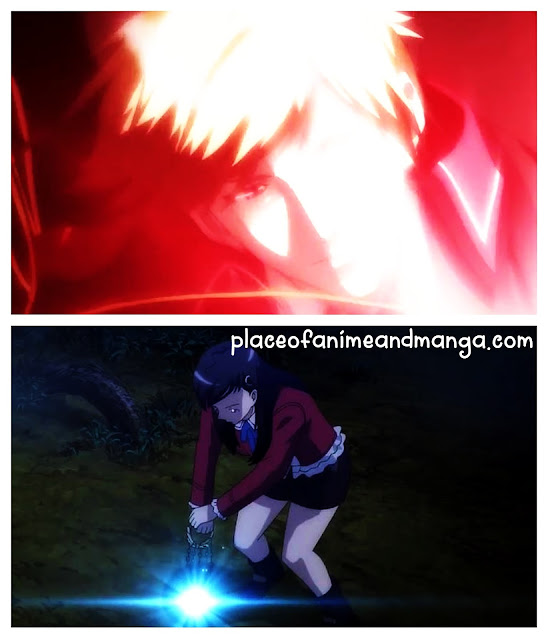 This is a great vampire anime that I got hooked on and watched in just 2 days (I binge watched it)! This anime has a bit of everything: action, adventure, mysticism, the supernatural, reverse harem, magic, spells, goblins, vampires, and werewolves. 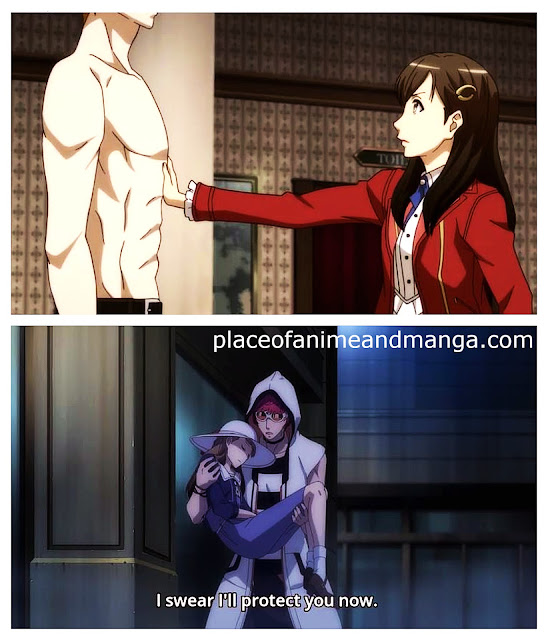 This is an anime all about friendship, loyalty, personal strength, growth, and self-discovery. 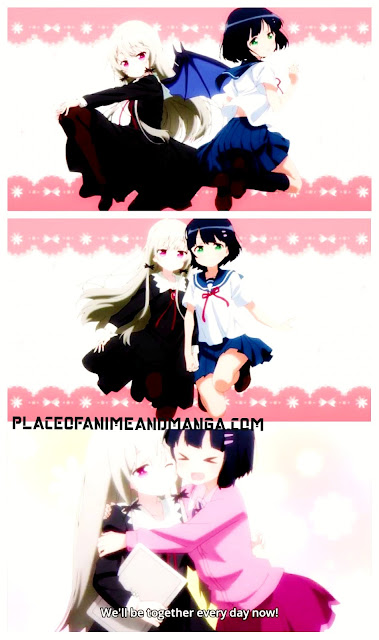 This is a cute simple comedic anime surrounding the relationship between two main female characters: Akari (a human), and Sophie (a vampire). This anime sticks with the stereotypes and superstitions surrounding vampires, while also being different by taking the darker side of the myths out of it. This anime also modernizes the vampiric myths to fit into a more realistic version of it if vampires really lived among us today.

This anime takes you into a world where vampires are friendly, and have manners, while also being alone and isolated. 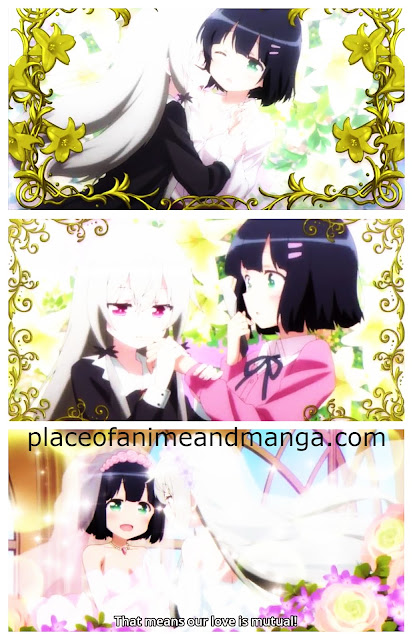 Akari has an obsessive personality when it comes to cute doll-like things, so she adores Sophie because she looks cute, just like a living doll. Akari often gets too carried away, and treats Sophie more like a cute pet, but Akari wins Sophie over in the end.

This anime's main focus is on the cute, fun, and quirky friendship between these two, a human and a vampire, and their everyday life experiences together.

There are elements of girl love and obsession in this anime, as well as quite a bit of craziness on the part of Akari and her fantasies. Akari really brings so much energy and innocence to this anime. Akari makes this anime very funny, and her personality, as crazy as it is, really adds warmth and brightness to Sophie's mundane quiet life.

What is your favorite vampire anime?