10 Anime Films Coming Out In Theaters In The U.S. In 2019 This April, May, July-December: Dates, Locations, Trailers, Plots, Where To Purchase Tickets 劇場でアニメを見るつもりです 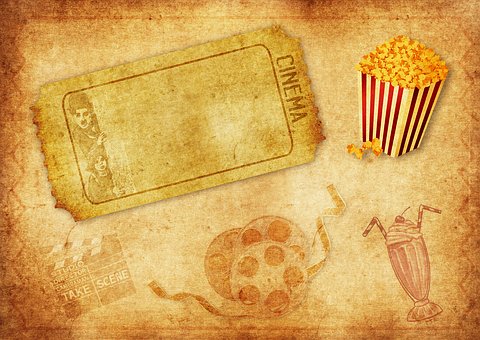 Anime has become so popular in the U.S., that many people now study Japanese in college because of exposure to anime. This fascination with the beautiful vibrant graphical designs, colors, and storylines that anime creates, has led to greater interest in Japan, and the creation of anime museums, cafes, and movie theaters that play popular and new anime films.

This year, 2019, there are several animes coming out in movie theaters in April and May, and from July until December. So I will list all of the upcoming animes that will be in theaters this year, as well as their show dates, trailers, the theaters they will be playing in, and where to buy tickets for them.


1. Okko's Inn 🏨
若おかみは小学生！
I am really looking forward to seeing this film ❤! Okko's Inn is about a young girl named Okko who goes to live in the countryside with her grandmother because her parents died in a car accident. The inn that her grandmother runs is full of supernatural fun since the inn houses not only normal guests, but spirits and ghosts 👻 as well. The inn's location above a very old spring has likely attracted these spirits, as well as the inn's everyday visitors.

This anime focuses on Okko's new life and adventures in the inn as she learns to be the inn's caretaker, and tend to all of its human and spirit visitors. These spirits add excitement to Okko's life as well as new friendships and life lessons. 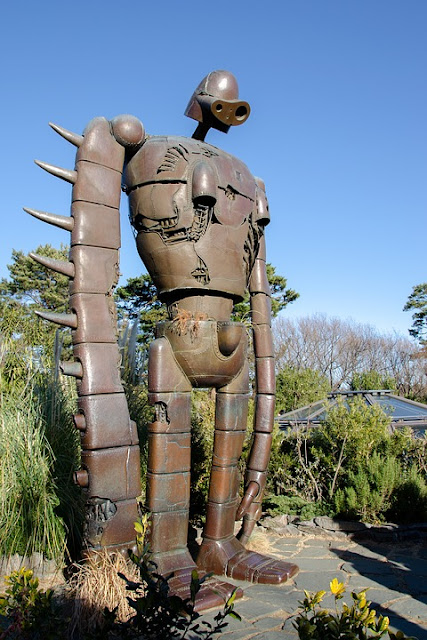 2. Howl's Moving Castle 🏯
ハウルの動く城
Howl's Moving Castle is one of my favorite Studio Ghibli films; it is a mystical, magical, fantasy, romance anime set in a European town during wartime. This anime is so amazing because of its graphics, the beautiful love story it tells, and its magical elements.

The anime starts with a young woman named Sophie meeting a wizard named Howl, who she met in the past when Howl was a child. Then after Sophie returns home, she meets a witch who casts a curse on her that turns her into an old woman 👵. Trying to remove the spell and hide her appearance from her family, she decides to leave and travel out into the mountains to find the witch who cast the smell on her in order to try to get her to remove it. Out in the mountains 🌄 and plains, Sophie meets many wonderful characters who give her life meaning. At the same time, her love for Howl subtly grows and develops as Sophie lives with him, Calcifer, and Markl in the mechanical moving castle through different dimensions in a time of war.

Playing in theaters April 7th-8th, & in some locations on the 10th also

3. Nausicaa of the Valley of the Wind 風の谷のナウシカ
Nausicaa of the Valley of the Wind is a fantasy anime about a young princess named Nausicaa who tries to bring peace to two fighting nations after an apocalyptic war which killed off most of the humans on earth 🌏. This war left behind a polluted environment and nothing but scattered human settlements. Nausicaa tries to stop the war between two nations because it threatens to destroy their already dying planet.

Princess Nausicaa is a beautiful character because of her kind and compassionate heart towards all humans and creatures on the planet.


Playing in theaters May 20th-21st

4. Whisper of the Heart 💝
耳をすませば?
Whisper of the Heart is a slice of life and fantasy film about a girl named Shizuku who follows a large cat into an antique shop. A boy who goes to her school also has a workshop in the same antique shop since the owner of the shop is his grandfather. This boy dreams of becoming a master violin maker. So as the title of the anime suggests, it is a film about the dreams of the heart; hopes and dreams for the future and pursuing one's talents and interests.

Shizuku dreams of writing a book, so the anime focuses on her adventure and the fantasy that she writes about in her book; a fantasy about a far away place, a grand castle, and a talking cat. All of this happens while Shizuku goes through her everyday normal life at school. During this time, she learns about herself and her dreams, as well as experiences young love.

Kiki's Delivery Service is about a girl named Kiki who comes from a family of witches, and as part of her training as a witch, she must leave home on her own and make a life for herself somewhere far from her family. She travels, flies on her broom with her cat Jiji until she finds a town that she wants to settle down in. Kiki chooses a small town near the water, and she gets a job working in a bakery as a delivery girl. The anime follows her everyday life working and trying to take care of herself. Kiki is very human as she doubts herself and her magic. Kiki goes through self-discovery, growth, and experiences friendship.

This anime focuses on the happy fun adventures that these two girls have with spirits in the forest around their new home, as well as the bond between family and friends.

7. The Secret World of Arrietty
借りぐらしのアリエッティ
The Secret World of Arrietty is my grandmother's favorite Studio Ghibli film. This film focuses on the life of a sick boy staying in the countryside because of his illness who spots Arrietty, a small person who fits in the palm of his hand, who is called a "borrower". Arrietty lives in his home with her mother and father who believe they are the last borrowers left. Arrietty and this boy become friends and a source of inspiration and hope for one another.

The anime follows Arrietty's adventures and the dangers she faces as a borrower, a small person who borrowers things from people's homes that they need to survive and live. This film is full of beautiful vibrant nature scenes just like a painting; it is also an inspirational film about hope, friendship, and the strength to fight in order to live and survive.

8. Spirited Away
千と千尋の神隠し
Spirited Away is definitely one of the most famous and well-loved Studio Ghibli films. It is a mystical fantasy film about a family who is moving, and while on the way to their new home, they take a short cut through the woods. When they get out of the car to explore the area, the family enters a world of magic, strange creatures 👺, earthly spirits 👹, and witches. The daughter named Chihiro, finds herself stuck in this world because her parents get turned into pigs 🐷, so Chihiro has to work in a witch's hotel in order to get her parents turned back into humans and return to their own world together.

This anime focuses on the adventures of young Chihiro in this mystical realm. This film is a story about personal strength, perseverance, bravery, loyalty, appreciating family, and the importance of helping one another.

9. Princess Mononoke
もののけ姫
Princess Mononoke is one of my favorite Studio Ghibli films. It has beautiful graphics and it tells a beautiful story about nature and humans destructiveness towards the earth and the other creatures that live in it with us. This film also has a beautiful story of love, nature, spirits, gods, demons, the supernatural, differences and conflicts among people, and the journey towards peace with one another and nature.

This historical mythological film follows Ashitaka, who must take a long journey after getting poisoned by a possessed creature, in the hopes of getting cured. On his journey, he goes to new distant lands and encounters many interesting characters.

The anime follows Princess Kaguya's life growing up and her experiences with love and disappointment as she experiences mortal life.

You can find all of these films, their locations in theaters near you, their showtimes, and buy tickets for them here 💵:
https://www.fathomevents.com/events/

Which of these films will you go see in theaters this year?