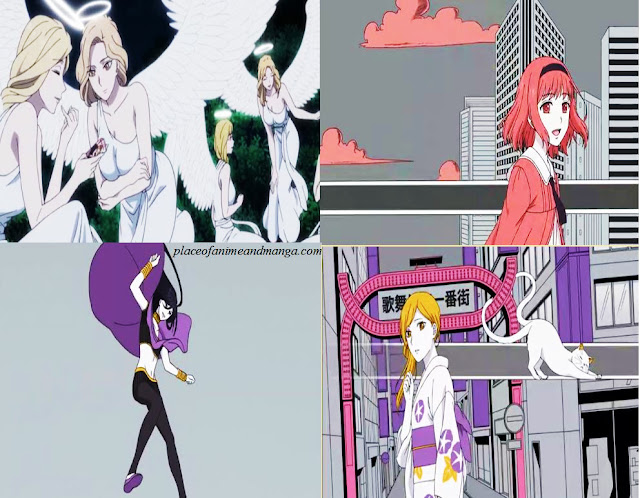 At the opening of this anime, I immediately got the impression that it was a crime anime that is centered around a crime unit/division in Shinjuku. This anime seems to start out slow, but then it throws a shock at you immediately in the first scene after the opening theme song. The main character named Miyako, meets one of his coworkers named Himezuka Seo, but this person has a man's voice; he looks like a very feminine young woman. This causes some confusion for our main character Miyako, but we find out that this person is in fact a man, a very pretty at that. 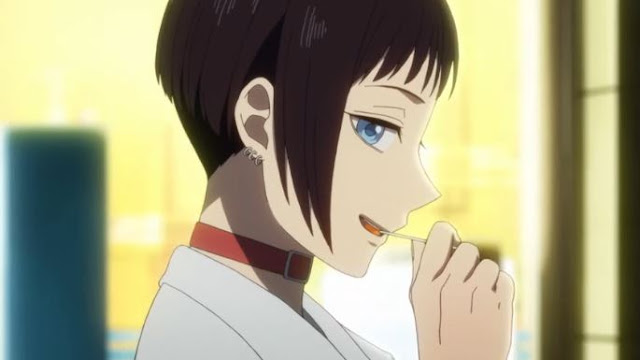 Miyako then meets his other coworker that he will be working with named Sakaki Kyouichi. After a brief introduction, he immediately gets to work, despite that today is his first day on the job and he has not been trained yet.

When Miyako's coworkers take him out on his first shift with them, they explain their job to him. It is also here that we find out that this anime is a supernatural anime, full of youkai/demons, devils, yousei/fairies, pixies, tengu and angels. Miyako's job and the work that the division he has been assigned to does, is to maintain relationships and resolve problems with supernatural creatures in Shinjuku, so that peace is maintained between them and humans. 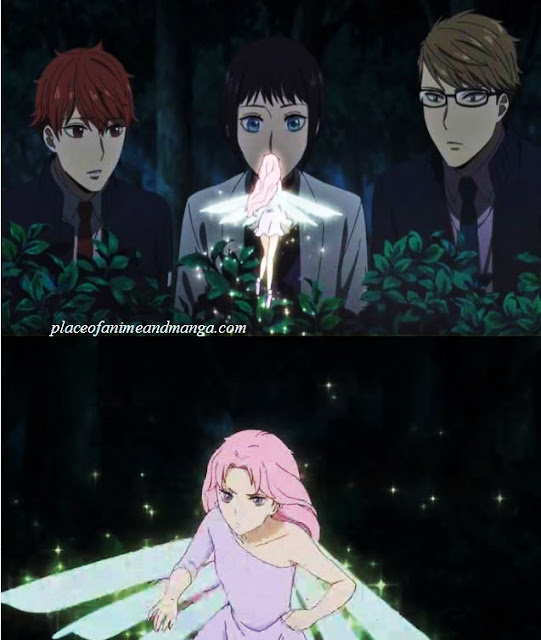 While setting up the barrier, Miyako comes across a hidden meeting between 2 forbidden lovers: a tengu (Taroubou) and an angel (Adiel). 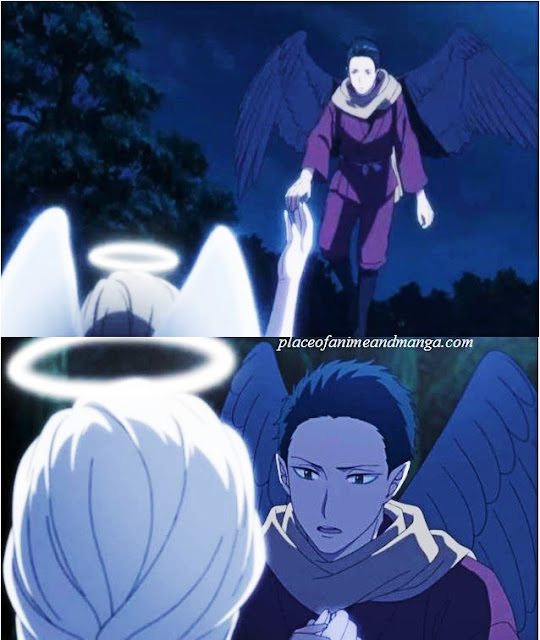 After this secret randezvous is witnessed, it becomes clear that the noise that is disturbing people in Shinjuku is coming from a conflict between the angels and tengu. The sister of the angel that the tengu is in love with, Folciel, starts a fight with this Taroubou because she believes he has tricked and deceived her sister Adiel. 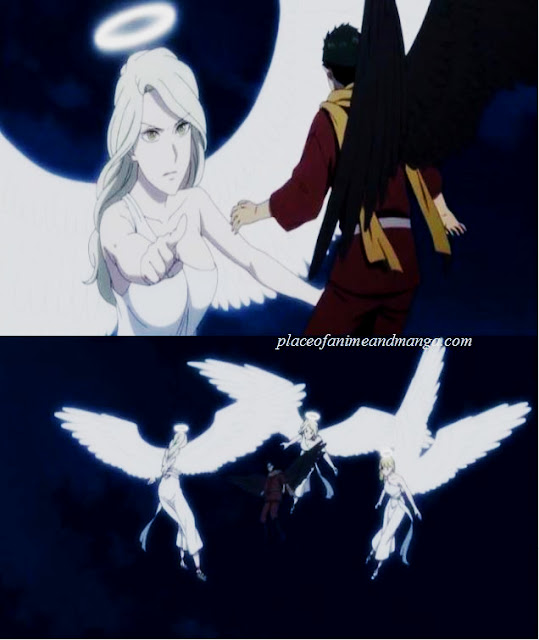 This fight gets out of hand and Taroubou and Adiel make a run for it, but the angels and tengu pursue them. They leave their home in the gardens and bring the fight into the city where innocent people can get hurt and people's homes and property may get damaged. This leads to an emergency situation and the division has to call in backup to try to control the situation. 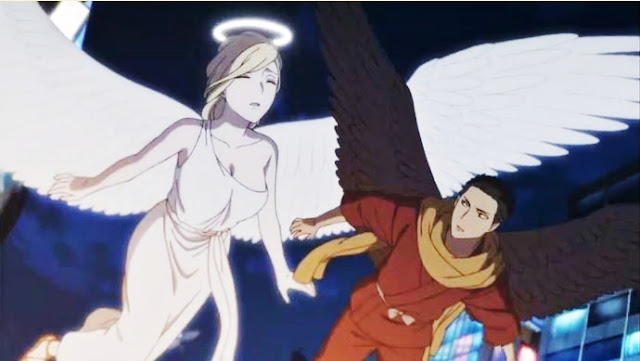 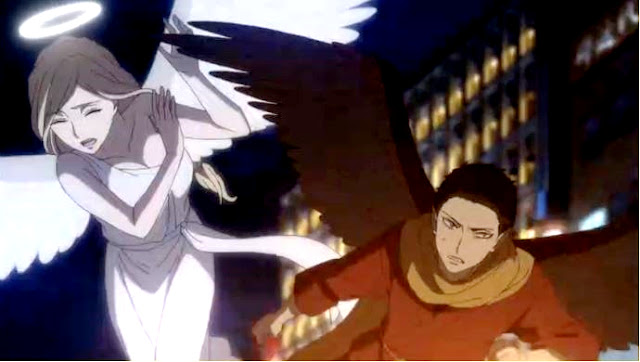 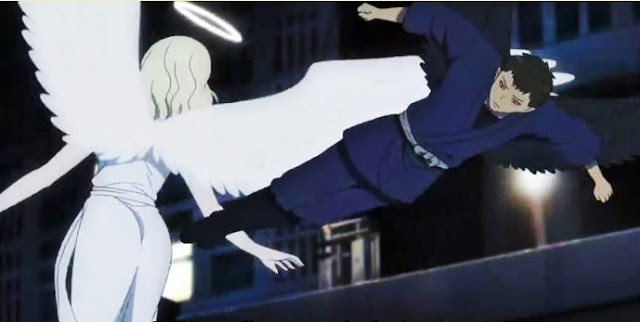 Things get out of hand quickly and around 100 tengu follow the fight into the city. 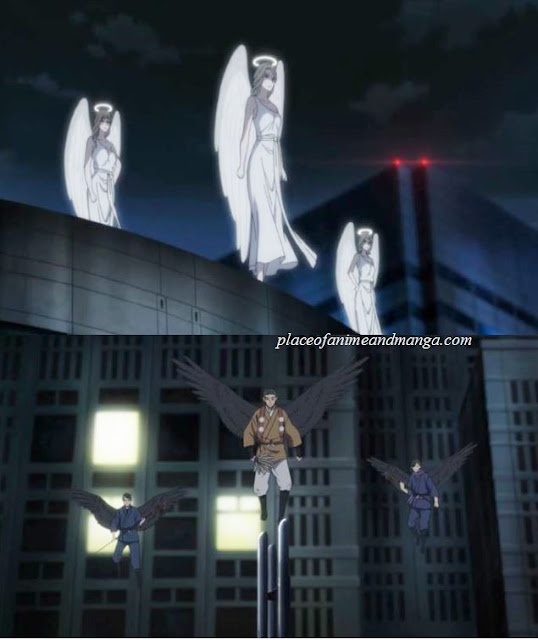 During the fight, Miyako gets injured by an angel who falls on top of him. 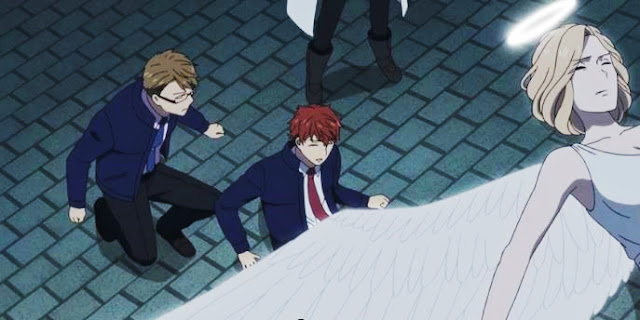 Both the tengu and the angel leader apologize, and ask for forgiveness from Miyako's coworkers for the harm done to Miyako; they explain that they did not mean to harm him. It seems that angels and tengu never try to involve humans or harm them; they are very focused on peace between them and humans. 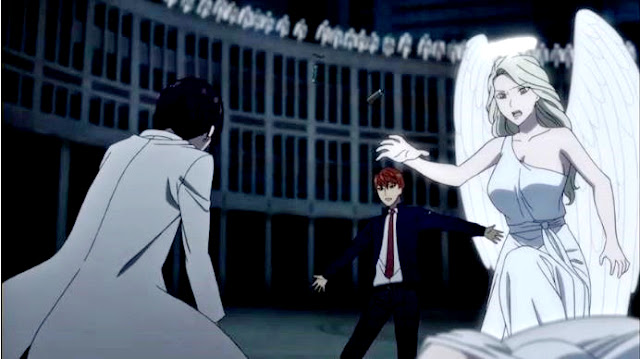 The angels and tengu then accept the relationship between the 2 lovers, and leave the city to return to their home in the garden. In this scene, the angels look far more HD than in the rest of the anime; almost game-like, so they are a bit too HD and less realistic and detailed-looking here, so I much prefer how the angels look normally; this level of HD looks a bit awkward and is less appealing. 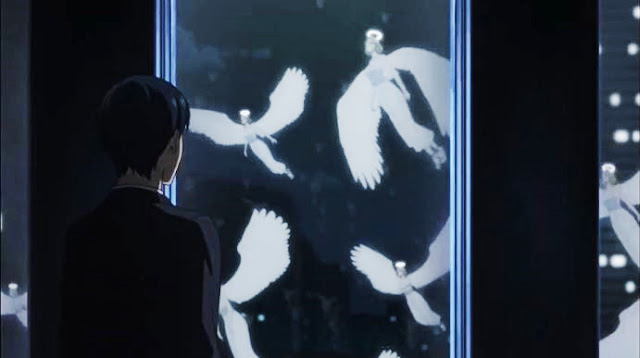 With the conflict resolved, everyone starts to wonder who or what Miyako is, and though Miyako doesn't know himself, one of the tengu does know him. This tengu seems to have known him for quite some time and calls him by a different name; he calls him "Abe no Seimei". When Miyako is called by this name, he becomes dizzy and starts to faint, but his coworker catches him, and the episode ends with Miyako asking, "who is Abe no Seimei"?

I definitely love this anime and I am really enjoying it. I intend to watch the entire series. This anime has action, adventure, excitement, romance, and a huge supernatural element. There is also not much violence in this anime, so it is perfect for me. This is the kind of anime I love. There is a little bit of everything in it, so I definitely think this anime is a great choice for adults, teens, and older children.

The messages in this anime stress peace and conflict resolution, and the anime leaves you with a mystery at the end of the first episode. In order to find out who or what Miyako really is, and the mysteries surrounding him, you have to keep watching the series. I definitely intend to continue watching it, so I do think this anime is worth watching, and I do recommend it. 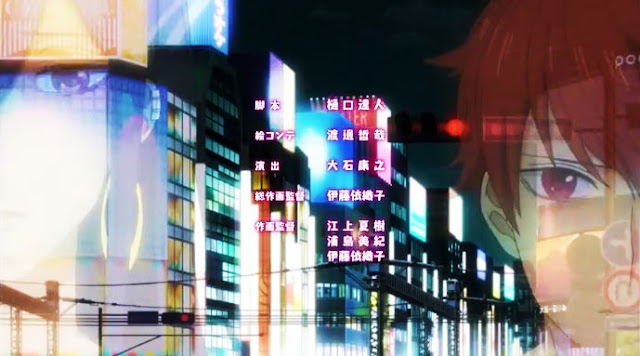