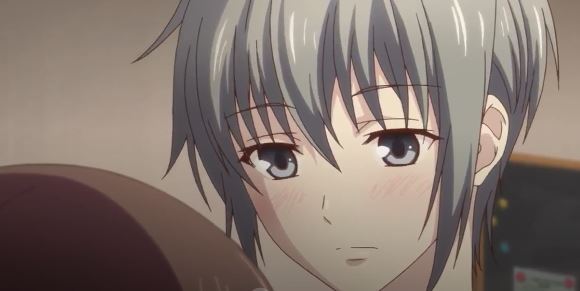 
Yuki opens up to Tohru and tells her a little bit about his traumatic childhood experiences with his family. He warns her about his family and how they may punish her for knowing the family secret, but Tohru surprises Yuki by responding in a way that was totally unexpected. She is totally accepting of this and not angry at all. All Tohru cares about is that their family feels safe and secure and she is completely willing to sacrifice herself for that to happen. Yuki expected Tohru to leave them because he was taught that that is how normal people react, but Tohru's reaction touched his heart. We can see here how it softened him greatly. Yuki is changing little by little, and we get to see more of his sweet side come out as he realizes that some people would accept him as he is for who he is, regardless of the things that make him different. 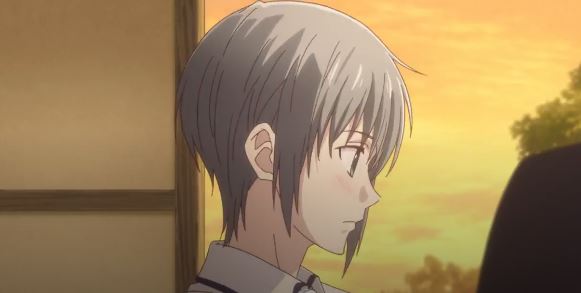 Shigure tells Tohru that she can stay and live with them, and that her memories of them won't be erased. Tohru becomes very happy and grateful when she hears this, so she thanks them and tells them how grateful she is to have met them. Tohru is so humble and sweet in this moment. You can really see that she a genuine truly kind sweet person. Her behavior makes Yuki become shy, and once again you can feel that Yuki is really changing and softening up because of Tohru. You also get a sense that he is starting to like her more and more, and that he may end up falling for her. 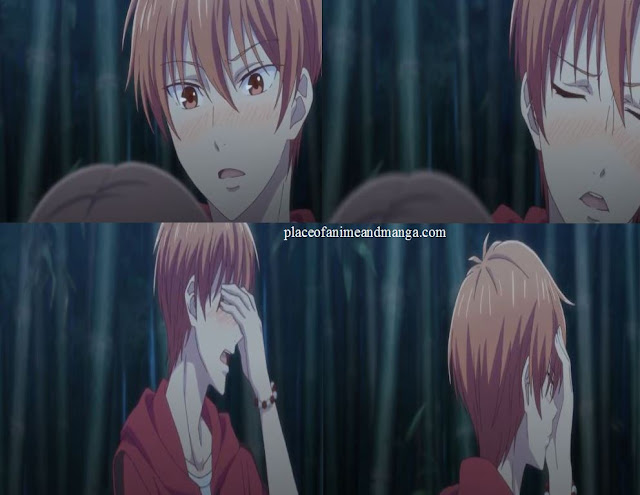 Kyo apologizes to Tohru for the accidental head injury he caused her and for yelling at her. Kyo's apology is so sweet and adorable here. You can really see Kyo's personality come out. He is awkward socially, but he can apologize when he is wrong. Although Kyo is proud, he is not overly so. Kyo has many negative attributes, such as his brazenness, he acts and speaks without thinking first, and he doesn't know how to properly interact with other people, but you can also see that he has many sweet attributes as well. He is shy, sincere, honest, and he makes sure that he rights any wrongs that he commits, so he is definitely an admirable character.

Kyo's apology here is definitely awkward, but it is incredibly endearing. The sweetest thing that Kyo said to Tohru here was, "you can call my name without needing anything, and I don't mind if you hang around where I can see you, and if something pisses you off, you can hit me, like you did just now" (Fruits Basket 2019).

Here, Kyo is once again awkward because he is praised by Shigure for doing something nice for Tohru. Watching this scene, I got a sense that Shigure is also really good for Kyo; he is taking on both a parenting role and a brotherly role towards him, and this is something that I really feel Kyo needs. We also get to watch Kyo become awkward, shy, embarrassed, and squirm once again, which is the cutest thing ever!

While leaving her job late at night, Tohru encounters another Souma, though she does not make the connection to their family just yet. She meets the German speaking Momiji. Momiji had heard about Tohru, since she is the first outsider to discover their secret and be allowed to live with any of them. So Momiji came to meet her. He greeted shy Tohru with a traditional kiss 💋 on the cheek, which is a form of greeting in Germany among young people. Tohru, being the shy and modest person that she is, freaked out and turned beet red! Unable to handle the affectionate attention, Tohru ran off so fast! It was such an adorable sight! 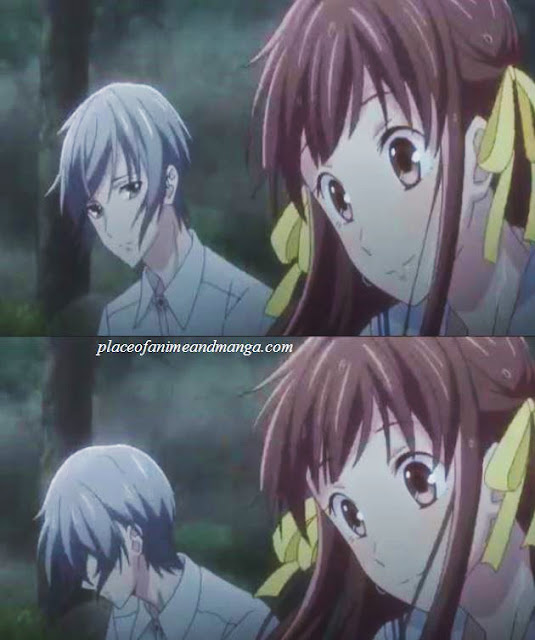 This is another intimate moment between Tohru and Yuki. Yuki shows Tohru his special place which is his vegetable garden 🌱. Tohru helps him protect his garden from drowning through the night because of the typhoon. During this time they bond. Yuki compares himself to Tohru and starts to feel ashamed, but he also becomes inspired by Tohru. He wants to become better and do more to interact with others and be accepted, so Tohru becomes a source of inspiration for Yuki here; she gives him something to aspire towards; she fills him with hope, and she helps Yuki discover the things that he wants to improve/change about himself. This scene is a beautiful inspirational scene that is very touching and moving. 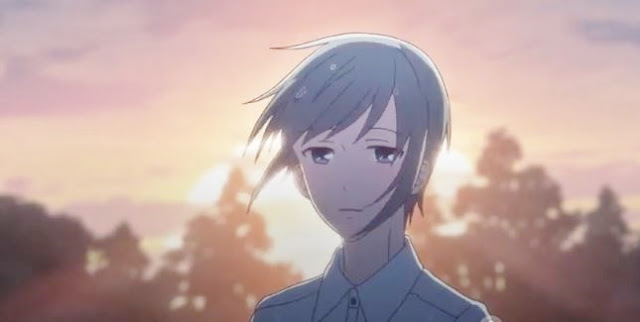 Tohru compliments Kyo for a skill that he has, but Kyo tends to devalue himself at times, so he doesn't feel that he did anything worth complimenting. This bothers Tohru, so she explains to Kyo that he can't see his own talents because he can only see himself from one view/one outlook, but that others can see them because they observe him from all directions. Tohru also tells Kyo that he is special, amazing, and unique, and that she likes him. Kyo is not used to this kind of attention, or even such kind and affectionate words because of the tension in his family, so Kyo becomes very shy and quiet. Kyo surprises us here though by not becoming aggressive like he normally does. He actually compliments Tohru and becomes really affectionate with his words. It is here that we can really see how Kyo is starting to open up and that Tohru is really affecting him strongly. She is making him become a better person little by little.