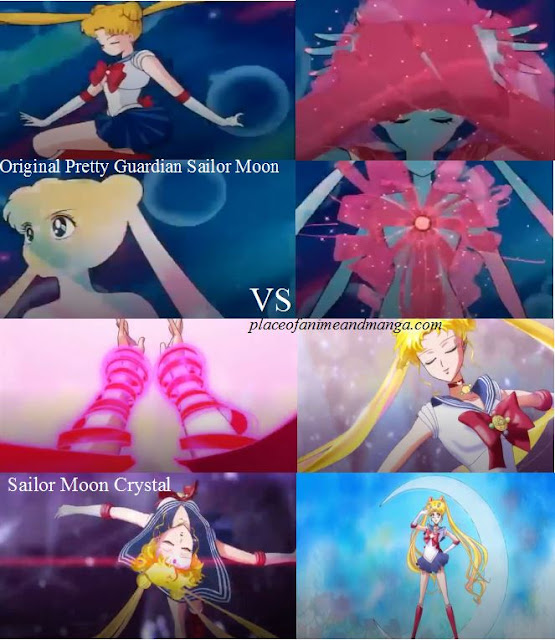 Sailor Moon is definitely one of the most famous animes of all time; it put anime on the map for many people, so with its immense popularity, a remake came out called, "Sailor Moon Crystal." Sailor Moon Crystal changed the original series by shortening it, and giving the graphics an upgrade, so there were a lot of new changes in Crystal. Let's go through and see just what those changes were. 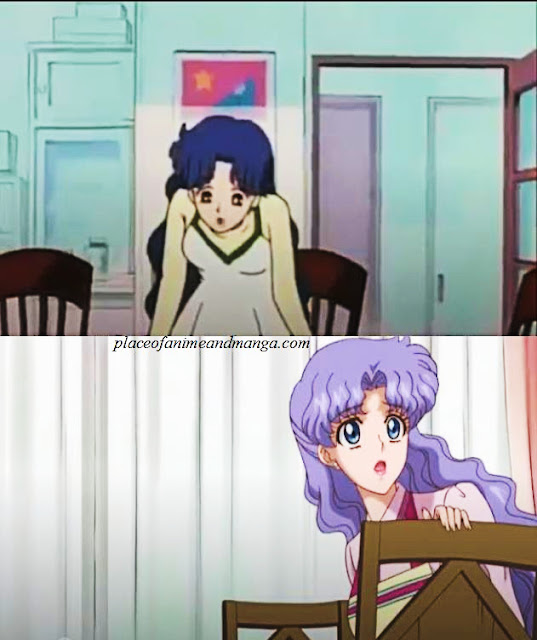 In the first episode of the original series and Sailor Moon Crystal, one of the first people we see is Usagi's mom. Usagi's mom had a major makeover in Crystal. When the original series first came out in 1992, Usagi's mom's facial features were not all that defined. Her hair was dark blue, and her clothing was plain and not vivid or bright in color; her eyes did not have much color, and though makeup is an important part of the series since it is a major part of the Sailor Scout's transformations, Usagi's mom did not appear to have any makeup on. When Sailor Moon Crystal came out in 2014 though, Usagi's mom looked much better. She had pink lip gloss on her lips (makeup), her eyes were a colorful beautiful light blue, her hair was purple instead of blue, and her clothing was much more colorful and detailed in design. 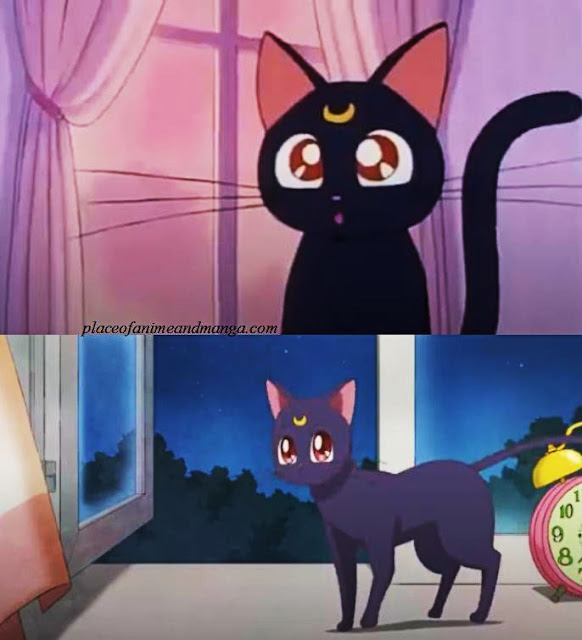 Luna is one of the most popular and well-loved characters in the Sailor Moon series. Despite this though, Luna is one of the few characters who did not get much of a makeover in Sailor Moon Chrystal. Luna still pretty much looks the same in both series'. The only major differences between these two series' is that in Sailor Moon Crystal, Luna is slimmer/skinnier in size, and her whiskers are much shorter. These changes are much more realistic to cats though since their whiskers are not very long in real life, and most cats are slim in size, especially their ears, tails, and legs. 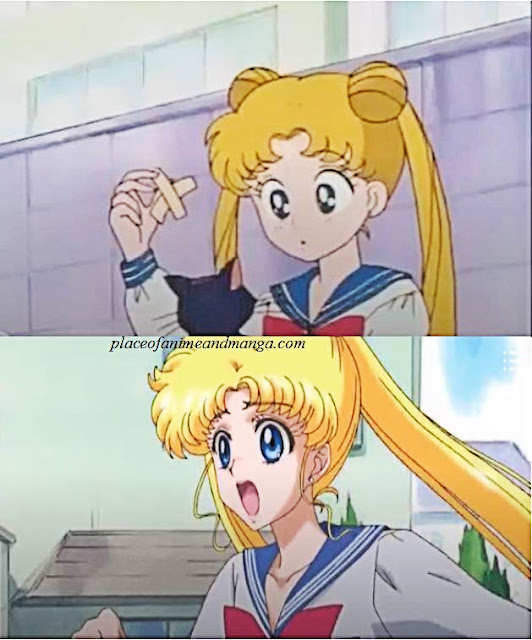 Usagi had a major makeover in Sailor Moon Crystal. The changes to her character are very similar to the ones made to her mom. Her hair stayed the same though, although it is a lighter blonde in Crystal than in the original series. Usagi's features are much more detailed in Sailor Moon Crytal as well. Usagi has pink lips like her mom, and her eyes are the same color as her mother's; a light blue.

Usagi's hairstyle is the same, but her face is much slimme; her eyebrows are much longer and straighter (this is done to make someone look younger and is a popular style for brows in Asia); her eyes are large and take up much more of her face (Big large eyes are very popular in Asia and it is used to determine beauty); her uniform has three stripes on it, instead of just two, and the hair on the side of her face is wavy instead of straight (Wavy hair has become very fashionable in Asia, so many Asians get perms to add waves to their hair). These physical changes seen in Usagi's facial features in Crystal seem to be based on recent beauty trends in Asia. 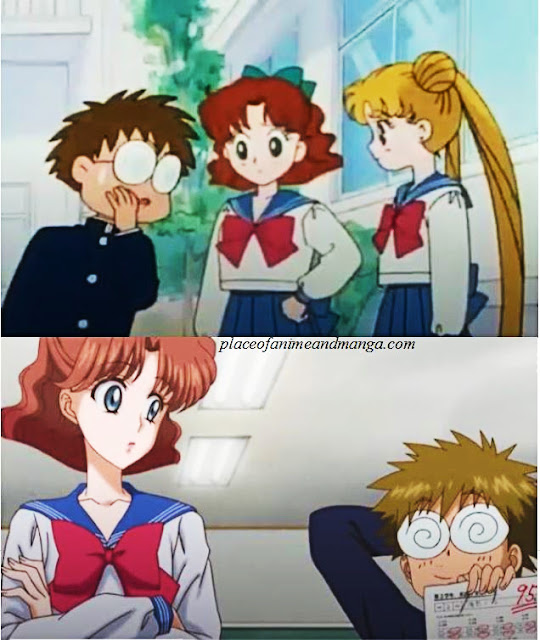 Usagi's two friends, Naru Osaka (girl) and Gurio Umino (guy), look very similar in both series'. They both are of course more detailed in Crystal, but for the most part, there are only two major differences between them in these two series': Both their hair colors are different. Naru's changes from red in the original series to a lighter more chestnut brown in Crystal. Gurio's hair changes from dark brown to a much lighter brown that is close to blonde in Crystal. Another change in Crystal for Naru is that her eyes change from black to a light blue, the same as Usagi's and her mom. 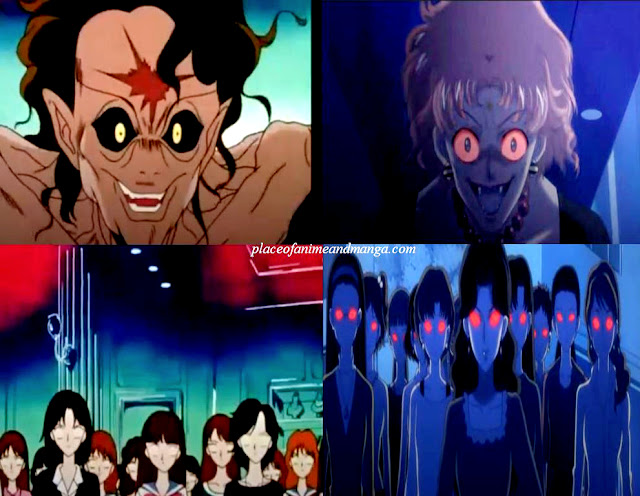 One of the most noticeable drastic changes between Sailor Moon Crystal and the original series lies in the appearance of the villains. In the original series, the possessed controlled girls aren't that detailed in design, and they definitely aren't very scary, but in Crystal, these girls look frightening; scary zombie level frightening. While watching this scene, I couldn't help but wonder how many kids had nightmares because of this scene 😭.

The main villain though is definitely far less scary looking in Crystal compared to in the original, so you could tell that the focus was on the possessed girls, rather than the villain in this first episode of Crystal.

I remember watching the villain in the original Sailor Moon and finding her to be very frightening looking. In this regard, I definitely think the original is better and they should have kept this the same in Crystal. This would have been more compatible with the possessed girls as well in my opinion, since they both would be a similar level of scary. In Crystal, you can tell that the main villain was made to look more like a vampire or a snake because of her fangs, but I don't care for this appearance; it just isn't as good as the original, but the appearance of the possessed girls is amazing and much better in Crystal, so they definitely did that right. 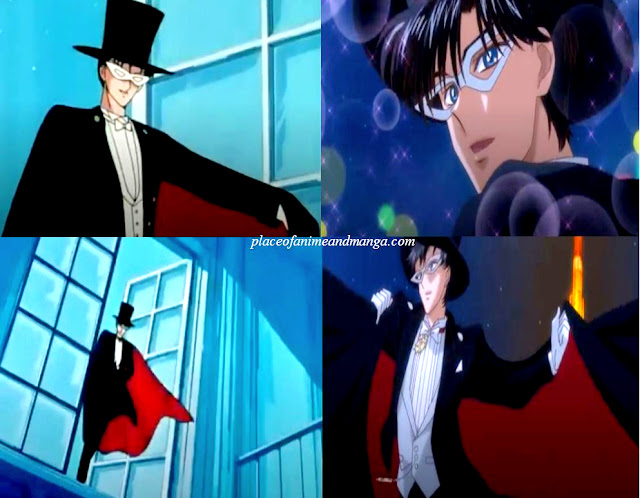 Tuxedo Mask was heavily made over in Crystal and I love the look! At times, he does look a bit awkward in design, but most of the time he looks amazing! I love the blue of his eyes (for some reason this just seems really appropriate for him); his suit is much more detailed in design and not colorful which is more realistic, and I love how we can see his eyes through his mask. I would have loved to see Tuxedo Mask's eyes in the original series, so I am very happy for this change. 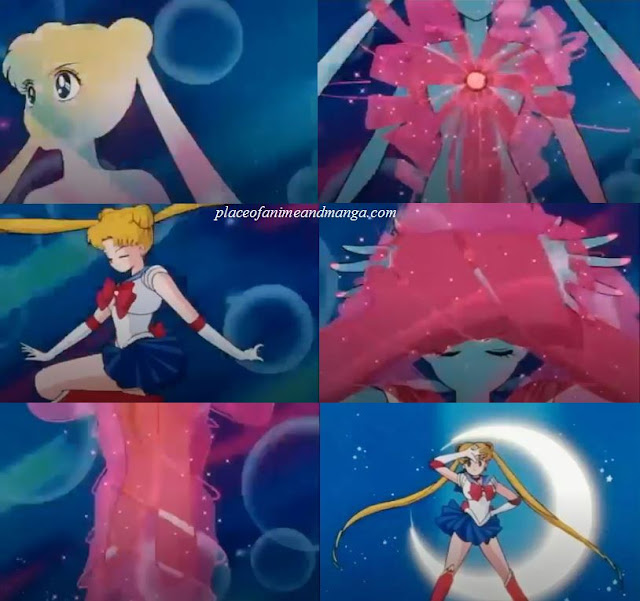 The differences between Usagi's transformation in the original series vs Crystal is one of the most talked about differences with the remake. This makes sense though because the changes are major. Some of these changes are great, but some, not so much, but let's start with the first noticeable difference between these two series': The color of the ribbons that surround Usagi's body, and which cover her in her uniform. In the original series, these ribbons are red, but in Sailor Moon Crystal, they are more of a fuchsia pink. The spiral design of these ribbons is the same, but they are much smaller and rounder in Crystal, and longer and thicker in the original. I love the shape and design of these spirals in both series' equally; I think they are both well-made.

Lastly, a change that I did notice was that Usagi looked less realistic as a young girl in Crystal during her transformation because they made her arms and legs too thin. I like the appearance of her body shape in the original much more since real women tend to have some meat on their bones and shape to their thighs. I think this was done in Crystal though to fit the current Asian beauty standards, which is big on being as thin as possible, but I don't like this kind of message being given to young girls, so this is a flaw in Crystal in my opinion. 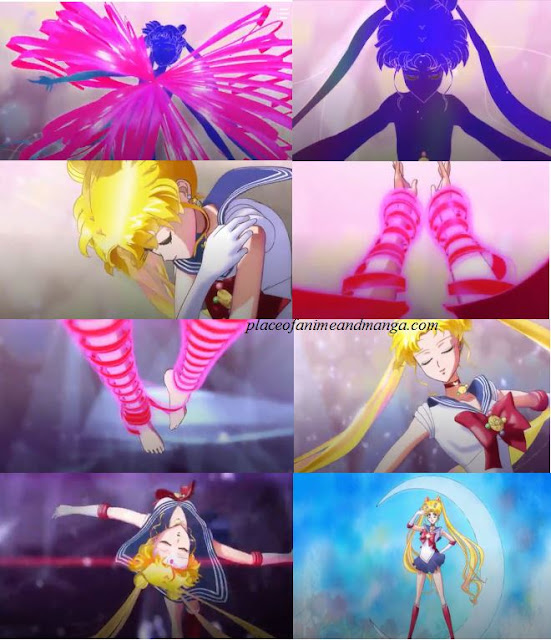 Final Thoughts: I know many people do not like Sailor Moon Crystal, but I personally love it. I love the design, the colorful details, and the graphics. Crystal did not need to be so high-definition though; this could have definitely been toned down a bit and still come across as excellently made. For the most part though, I really do enjoy this remake in terms of artwork, graphical design, and color scheme. The colors were just so much brighter, vivid, and more detailed in Crystal than the original, so I love it.

What do you think? Which did you like more? Crystal or the original?

Email ThisBlogThis!Share to TwitterShare to FacebookShare to Pinterest
Labels: Comparisons