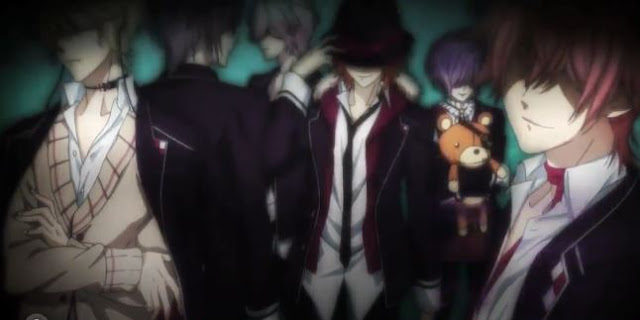 It is because of the themes found in this anime, that it is so well-loved. There is a sexual theme; the male characters are all very attractive; there is a supernatural element, since the main male characters are vampires, and there is an English European vibe to the series. You see this in the way that the vampires speak, dress, look, and their gentlemanly behavior AT TIMES.

The Sakamaki's definitely treat poor Yui like food/cattle, but they also provide for her quite well, she is free to move around and go to school, and they do protect her. The behavior of the Sakamaki's seems so appropriate for European vampires, since they are the perfect mix of sexuality, propriety/manners, and indecency. It is all of this, that makes these vampires so appealing and attractive.

Though each episode of this anime is shorter than other animes, a lot does happen in each episode. There is a lot of hotness and sexuality present. So in this first episode, here are the hottest, sexiest moments. 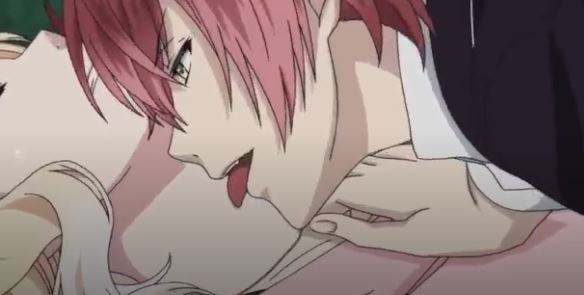 When Yui first arrives at the Sakamaki mansion, the very first person she sees and speaks to is Ayato. Yui becomes scared because she realizes that Ayato doesn't have a heartbeat, so when he moves and starts speaking to her, she becomes nervous and shocked. Her fear seems to excite Ayato, so he tries to feed on her. Once he lays her down though to feed, Reiji ruins all of his fun. Reiji stops Ayato since he is traditional and feels that feeding so publicly is distasteful and impolite. This scene is quite hot though with Ayato licking Yui's neck; it is definitely a steamy moment 💚 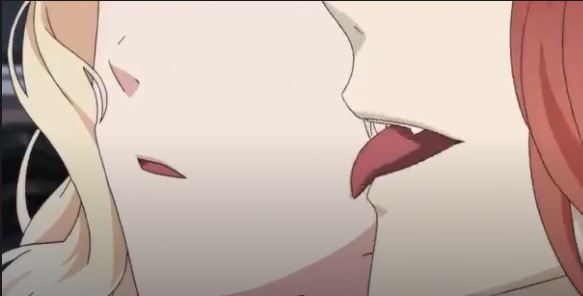 Once everyone is assembled in the living room, they all talk together and try to figure out who Yui is and why she was sent to their mansion. During this time though, Kanato and Laito can't help but sample a taste of her. So Yui gets licked by these two very gorgeous men.

Throughout Diabolik Lovers, Kanato tends to be the scariest and creepiest of the Sakamaki's. He is much less romantic and gentle with Yui compared to his brothers, but in this moment, Kanato is very sweet. Kanato was not angry, jealous, or scary here like he is in some other scenes in this series, so this is a memorable moment for him because of how sweet and innocent he seemed.

Towards the end of this first episode, Yui finds out the truth about her family, and all the lies that she has been told her whole life. It is also here that all of the Sakamaki's find Yui after she tried to run away from them. The stress, shock, and fear that Yui feels causes her to pass out, and Ayato feeds on her, but before this happens, Ayato says something very sexy. He says, "That's the look that gets my juices flowing." This is such a sexual thing to say, so Ayato is definitely attracted to Yui physically in a way that goes beyond just feeding 💞. Although Ayato comes off very strongly and is very blunt, but he is quite romantic, and has quite the way with words 💏.

What is your favorite scene in this first episode?