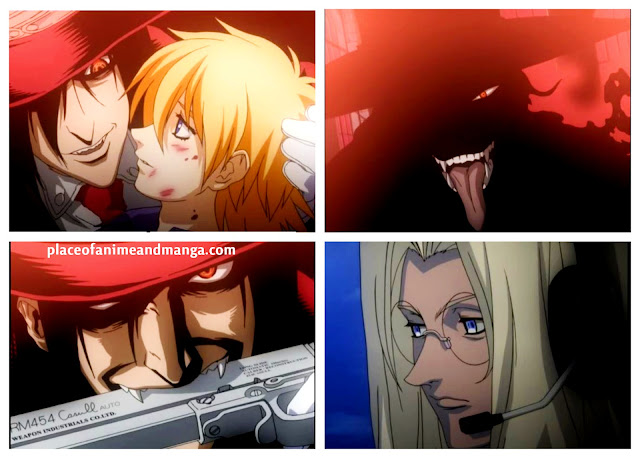 
This anime starts out with an opening theme song that I like; it has a jazz and rock feel to it. Then, the beginning of the anime starts with a man (a vampire killer) and police going after someone. The person they are searching for is another vampire. The vampire killer is a vampire as well, and he kills this vampire that he was searching for. This vampire killer works with police to kill vampires that kill humans; he does this through a religious sect, an organization called The Hellsing Organization. This organization does the work that humans can't because they are not strong enough to kill a vampire. 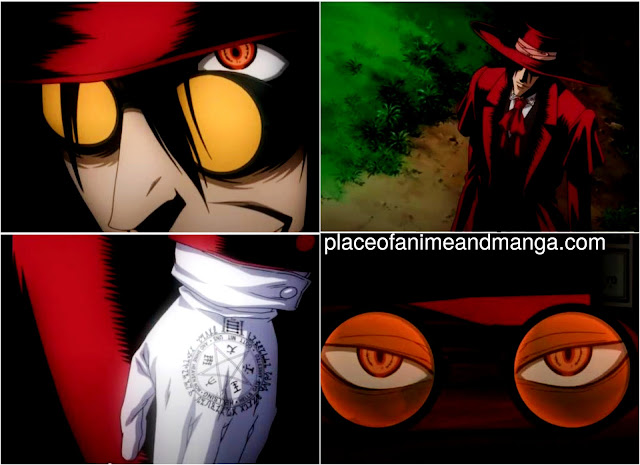 The first mission was completed successfully, so The Hellsing organization accepts another mission to kill a vampire acting as a priest who killed an entire police force and a village. The Hellsing Organization only sent out one man for this mission; they sent out the same vampire that killed the first vampire earlier in the beginning of this anime. 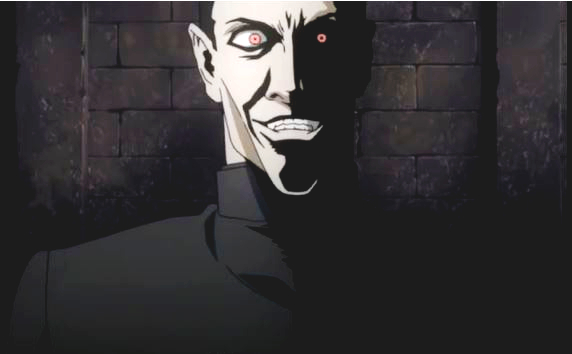 The police that were killed by this fake vampire priest, ended up turning into ghouls. A new inexperienced female officer named Seras, comes to help them, but she ends up getting attacked by the ghouls. 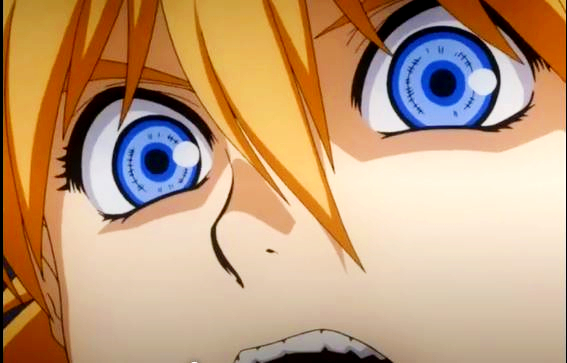 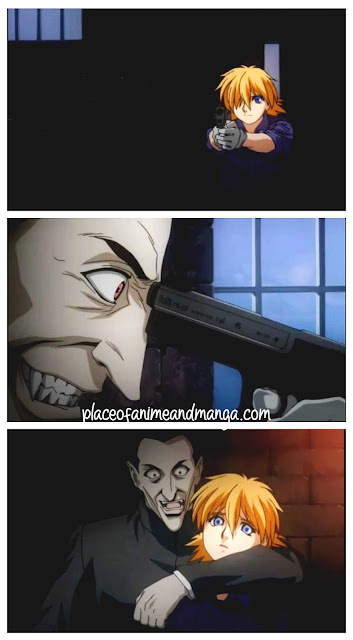 This fake vampire priest hypnotizes Seras. Something about Seras attracts him to her; he talks about how Seras is too special to make into a ghoul, so if he bites her, he will turn her into a vampire instead. Before he can do that though, the vampire sent by The Hellsing Organization arrives and helps Seras. This vampire killer is called Alucard. 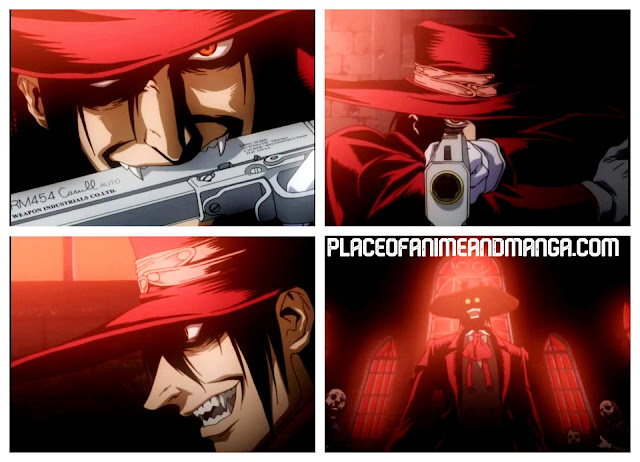 The fake vampire priest then calls his army of ghouls to fight Alucard. They shoot Alucard over and over again in front of Seras, which upsets her, but Alucard does not die; Alucard is able to fully regenerate himself, and then he kills all of the ghouls. 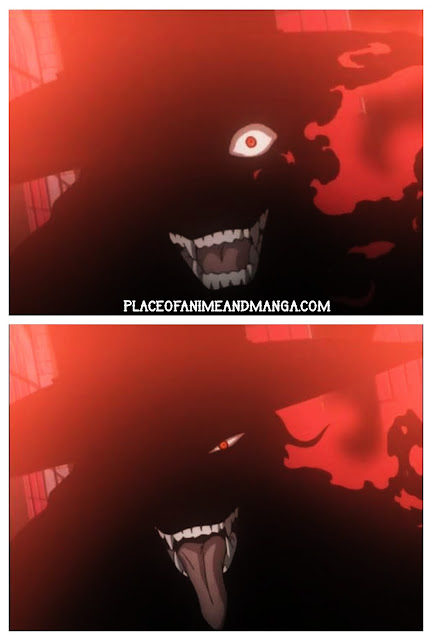 Seeing all his ghouls dead, the fake vampire priest uses the human Seras as a shield in order to protect himself from Alucard. 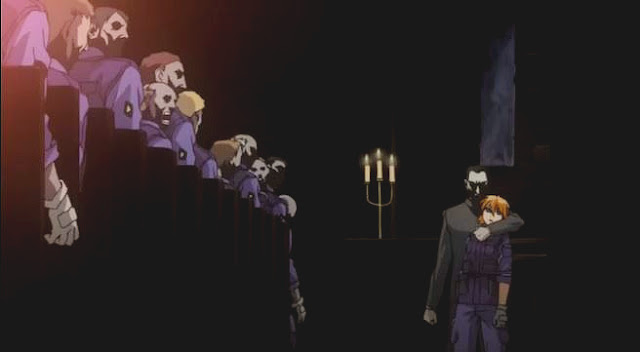 As a result, Alucard shoots through Seras in order to kill the vampire, which also kills her. Alucard gave Seras a choice though beforehand; he offered to let her come with him and continue on, which Seras accepted, so Alucard bites Seras and turns her into a vampire.

This scene between Seras and Alucard is quite intimate, and you can definitely feel a chemistry between them. This chemisty makes you wonder if romance will bloom between them, but at the same time, the relationship between Alucard and the head of The Hellsing Organization is so ambiguous, that it is uncertain which direction romance will go in in this anime. I actually watched this whole series, so I know how it ends, but I will leave you in suspense 😈! You will have to watch this anime for yourself to find out how it ends 😤! 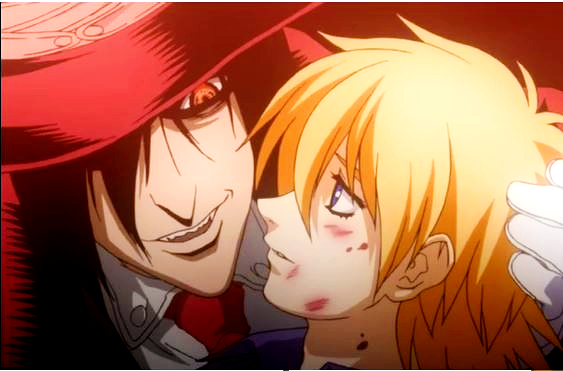 This episode ends romantically with Alucard carrying Seras out from the church bridal style. Alucard lets everyone know that the mission is complete and to transfer Seras to The Hellsing Organization. Based on this, we can tell that the rest of the anime will focus on Alucard and Seras' missions together killing dangerous vampires, and their experiences working within The Hellsing Organization. 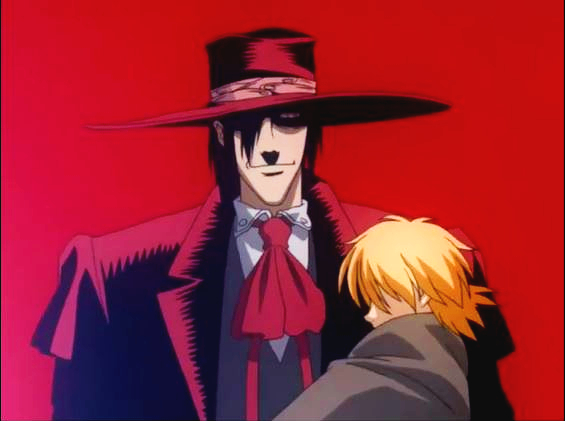 This is a great anime! This is a darker anime, and it has graphics to match that. Most animes have bright vibrant colors, but this one focuses on dark blood red, black, and dark beige colors to fit the dark themes, the fighting, and the violence in this anime.