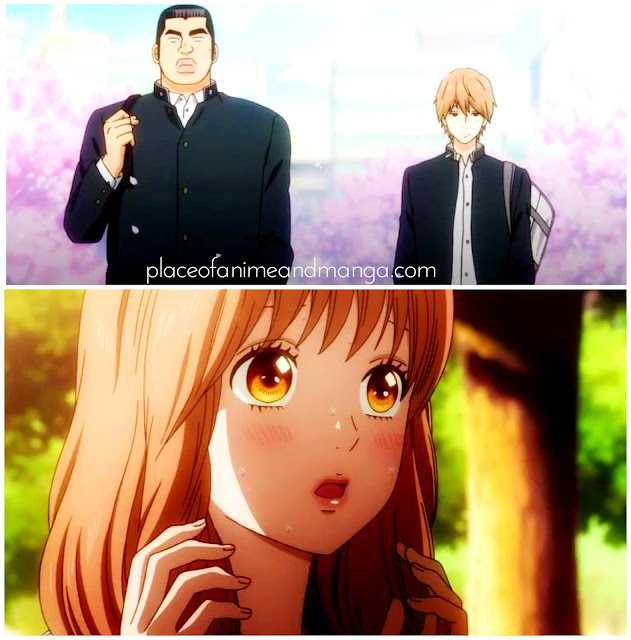 
This anime starts out telling a fairytale story about a kind-hearted ogre who wanted to befriend the townspeople, but because he was an ogre, humans feared him. This ogre story symbolizes those who are isolated and can't make friends because of their appearance and size. This story is connected to the main character in this anime named, Gouda Takeo. Takeo is a big guy who is unattractive. He is popular with other guys because his size makes him good at sports, but he is not popular with girls because of his appearance.

In the beginning of this anime, Takeo has a crush on a girl named Satou, and since today is his last day of junior high school, he decides to confess his feelings to her. However, Satou has a crush on his close friend, Sunakawa/Suna, who is well-liked by girls. Sunakawa turned Satou down though. This has happened a lot. Every girl that Takeo has had a crush on growing up, all liked Sunakawa, instead of him. Takeo and Sunakawa grew up together since they lived next door to each other and their moms were friends; this caused them to spend a lot of time together, and they have been friends for years.

While on the train one day, Takeo protects a girl from a guy who is touching her butt, sexually harassing her on the subway. The guy who groped her, said that she deserved it, which makes Takeo mad, so he punches the groper in front of the police and gets suspended from school. 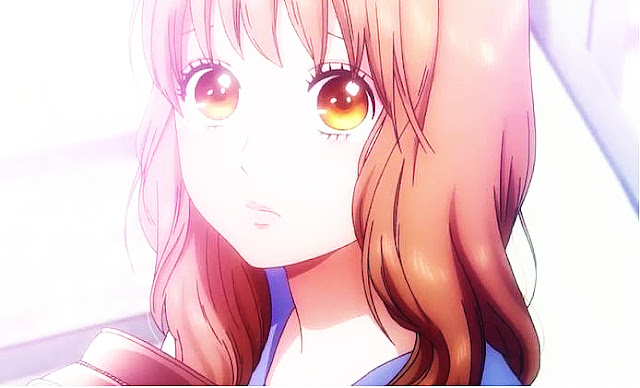 The girl that was groped is named Yamamoto. Yamamoto comes to Takeo's home the next day to thank him for helping her and gives him a present, a cake that she made for him because of what he did for her. Takeo ends up developing a crush on this girl. 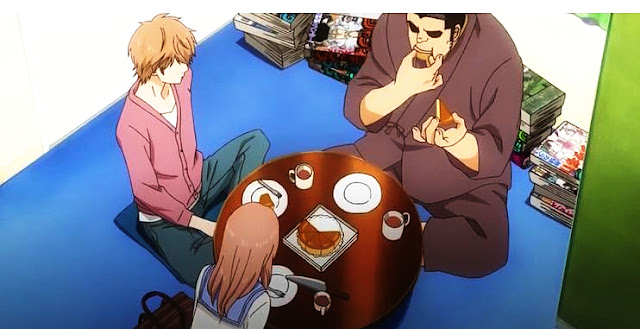 After they finish eating the cake, everyone leaves, but the girl calls later that night because she realized that she left her phone at Takeo's house. She calls her phone, and Takeo answers and offers to return her phone to her the next day. To thank him again for bringing her phone to her, Yamamoto makes homemade macaroons for him. Takeo finds out at this time that Yamamoto is good at baking. Looking at this scene, it seems that eating baked goods made by Yamamoto may become a main theme in this anime. Yamamoto is a sweet girl and she seems quite nervous and shy, since she blushes a lot. Takeo is amazed at this, so he gets really weird and just stares at her uncomfortably until Suna tells him to stop because it is inappropriate. Takeo is really awkward personally and socially, especially with girls. He is very innocent though and responds naturally without thinking about how his actions will be perceived by others. This is a cute trait of his. 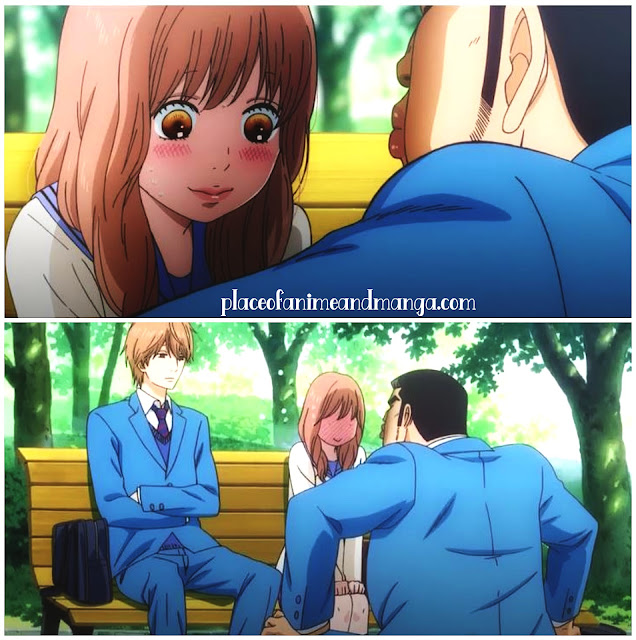 Takeo assumes that Yamamoto is blushing and shy because she has a crush on Suna, since this has happened with every girl that Takeo liked. This makes Takeo depressed, so he decides to cool himself down by pouring cold water over his face and shoulders. He also decides to distance himself from Yamamoto, since he believes that his feelings for her are hopeless.

Takeo then returns to Yamamoto and Suna after he cooled down and took time to think. Takeo also made a decision. He decided to help Yamamoto be around Suna more, since he thinks that she has a crush on him. Thus, Takeo asks Yamamoto to make another cake for them since they love her sweets so much. Of course, Yamamoto is excited by this, so she starts planning the next dessert to make for them. Soon after this, everyone decides to return home.

On the way home, Takeo is shocked that for the first time, Suna seems to like a girl. Suna had nice things to say about Yamamoto, so it seems that both friends (Takeo and Suna), will continue to develop feelings for Yamamoto as they continue to spend more time with her. The relationship between these three main characters, and their experiences will be the main focus of this anime.

Towards the end of this anime, we get a nice surprise. Yamamoto rushes back to Takeo and Suna because in her excitement to see them again, she forget to get their contact information. Poor Yamamoto ran so fast to catch up with them, that she could barely catch her breath. Yamamoto's sweet nature touches both main male characters' hearts, but I feel that this anime may surprise us with its ending. Perhaps, looks aren't everything. Perhaps Takeo just might get the girl for the first time. You will have to keep watching to find out!

This is a sweet simple aesthetic anime. The imagery, colors, and graphics in this anime are very beautiful, bright, and vibrant! I love it! The romance and the main characters in this anime are sweet and adorable. This is an anime about first time love for youth, so it will be a popular anime among teens and young girls.

Ore Monogatari!! is the kind of anime that is full of sweet innocent moments; it focuses on personal growth and change among its main youth. If you love sweet romantic animes with a simple story and plot, and good moral messages, then I definitely recommend this anime for you.