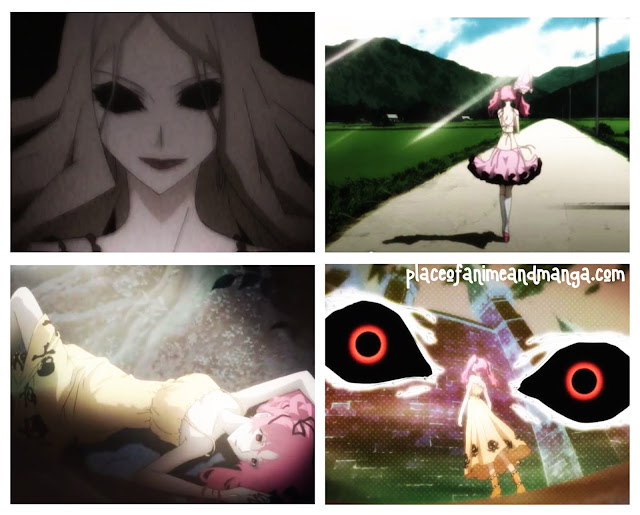 This anime starts out very dark with people looking for a girl in the woods named Megumi, who looks dead on the forest floor. The colors in this anime are lovely, bright, and vibrant at times with a strong contrast, but they are also very dark at other times. The music in this anime also sounds dark, so the music and colors suit this anime's dark themes well. 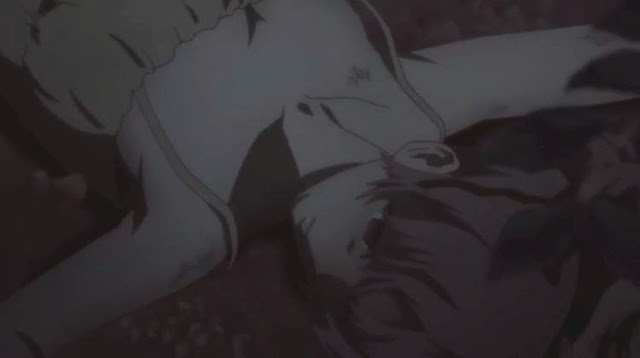 After the dark scene, the anime turns brighter with a beautiful girl dressed up as she walks around town. This girl has the same name as the girl who was found dead in the woods, Megumi. Megumi is a normal girl with hopes of leaving the countryside for the city. Megumi also dreams of being discovered. There are only two things that interest Megumi in this country village: The first is a big European-style mansion in the village, and her boy crush, named Yuuki. 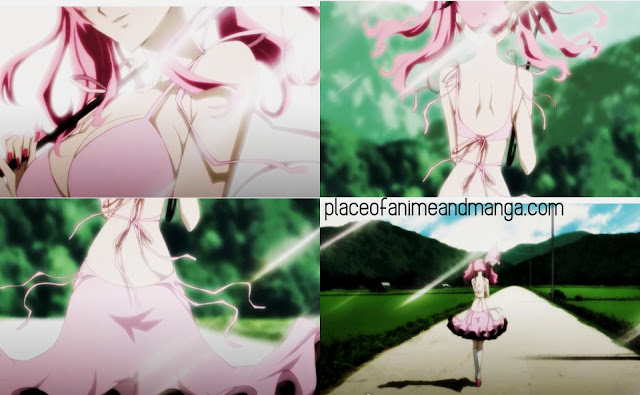 Life continues on though, and Megumi goes to school. At school, everyone is talking about the deaths in the village. While all this is happening, new people come to the village later that night. A restaurant owner in town gets woken up in the middle of the night by this new family that is moving into that European-style mansion in town. The family got lost on the road, and they needed directions. 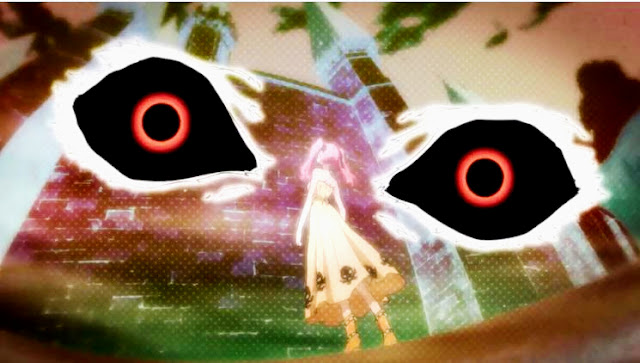 Megumi goes near the mansion later that day to see the family, and she feels like she is being watched. There is an eerie feeling, but Megumi ignores it because she is too excited by the gate opening to the mansion, which means that she can meet the new people that moved in. Megumi's obsession with the mansion and its new family makes her reckless, so she ignores the warning signs about the new family that moved in. 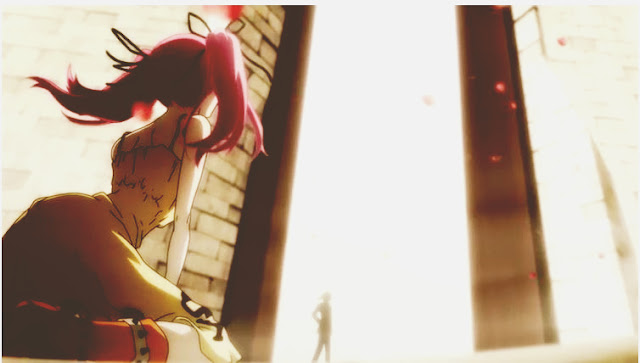 Megumi disappears after entering the mansion, and rumors start spreading about her disappearance. The townspeople search for her near the mansion. This explains the intro we saw. The person who was found who looked dead in the woods was Megumi. 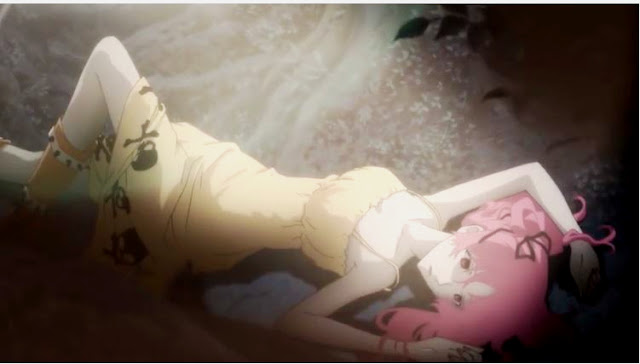 Megumi is found by one of the villagers, and she is actually not dead, but she is changed. Meeting those new people who moved into the village that night, cost Megumi greatly.

Megumi is brought home by the villagers, and a doctor examines her. The doctor thinks that Megumi has anemia. Megumi won't eat and she just stays in bed all day. Megumi actually looks haggard now and aged.

Everyone is worried about Megumi, so someone who tried to be a friend to her, comes to check up on her. It is here that we find out that the wife living in the mansion, is the one who caused Megumi to be in the state that she is in now. 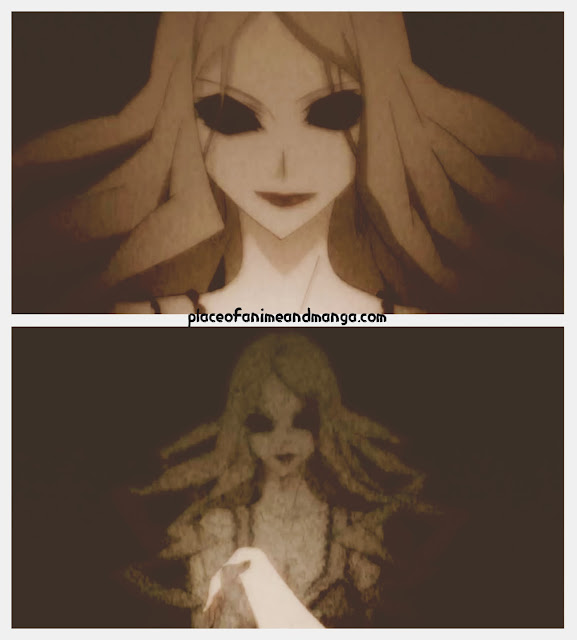 A few days after Megumi is recovered from the words, she dies. This is where this episode ends. This kind of ending leaves the whole anime with a lot of mystery. You can't tell exactly what direction this anime will go in. Will it focus on Megumi's life/existence after death? Will it tell the stories of how others died mysteriously like her? What or who exactly is killing the villagers? Are these kinds of deaths happening in other villages in Japan as well or is there something special about this particular village? This anime can go in any direction, and it leaves many questions to be answered; this anime is full of mystery.

This is definitely an anime that I recommend watching; there is just so much mystery in it. If you like supernatural or crime animes, then this is definitely one that you may enjoy. The graphics are excellent as well. This is a darker anime though, so if you like fluffy, sweet, more innocent simpler animes, then this one may not be to your liking, but it is an anime that will keep you guessing and wondering throughout it, so it is an exciting anime to watch.