This anime was so popular when I was young! It is considered a classic like Sailor Moon and Studio Ghibli. You can see the popularity of this anime in the fact that it has numerous movies, OVAs, and six different versions and seasons. I will review all of them to see how this anime changed over time and to compare them, but for now, we will start with the first season of this anime that I ever watched that came out when I was a kid. 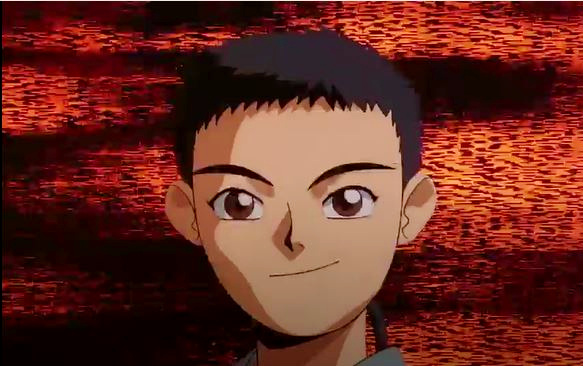 This anime's main focus is on the life of the main character named Tenchi. Tenchi lives in a shrine with his grandfather. Tenchi is rebellious and doesn't obey his grandfather's instructions, including one about avoiding certain areas near the shrine because a demon is housed there in a cave.

Tenchi's ancestor sealed this demon in the cave because it is extremely dangerous. It destroyed many villages, and it has the power to destroy a whole mountain. Tenchi doesn't believe that this legend is real though, so he decides to enter the cave and see it for himself.

When Tenchi enters the cave, he finds the sword that sealed this demon. Tenchi removes it, and then a passageway opens up in the cave. Tenchi goes down this passageway, and what he finds there will change his life forever. 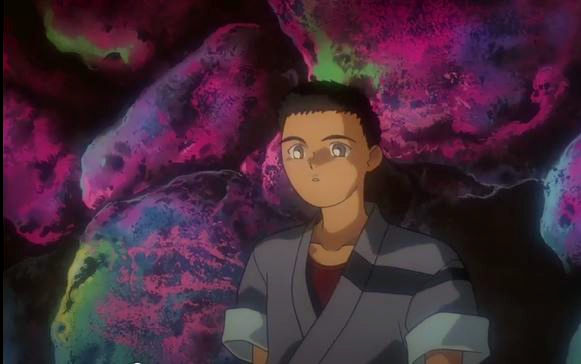 Tenchi discovers that the demon in the legend is real. The demon even still looks fleshy. When Tenchi removed the sword, it woke this demon up, and the rotting fleshy corpse reached for Tenchi and started touching him. Fortunately, Tenchi is still carrying the sword that he found, which protects him from the demon; it forces the demon to release him, so Tenchi can escape from the cave. 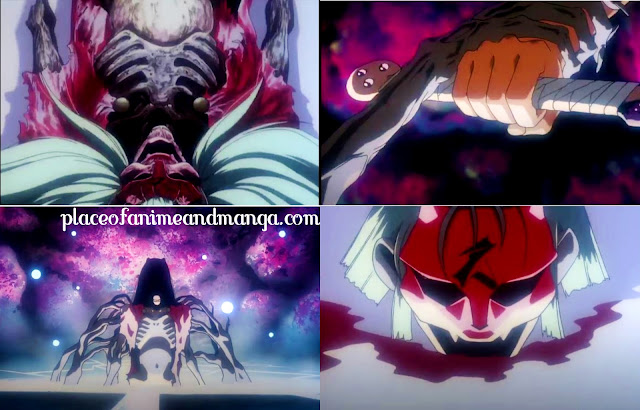 Tenchi escapes from the demon and crawls up the cave again to the entrance. Then Tenchi reseals the demon in the cave. Tenchi thinks he is safe, but more than just the demon was affected by Tenchi removing that sword. Bright lights appeared all around the cave after Tenchi left it, and these lights created a path leading up into the night sky. So something else was released, or contacted, when the sword was removed.

Tenchi doesn't realize this yet though, so he continues on and doesn't tell anyone what happened in the cave. He goes to school like normal, but for some reason, he chooses to keep the sword with him. Some time passes and nothing happens, but the memory of the demon is still fresh in Tenchi's mind.

One day, Tenchi falls asleep at school, and when he awakens at night, he sees a black cat which vanishes into thin air. Then he sees a female on the roof, who he realizes is that same demon from the cave. The demon tells him its name. The demon is Ryoko. 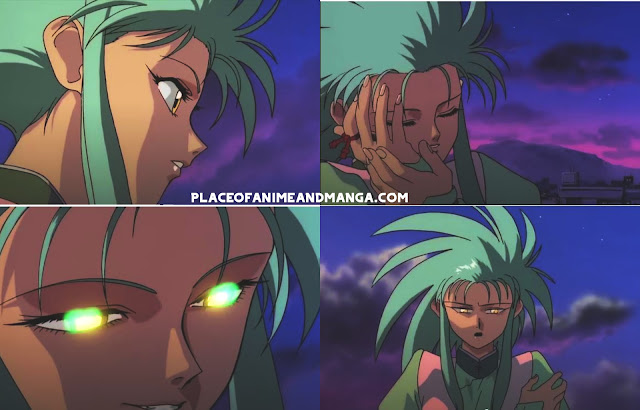 This demon appears angry and bitter for being sealed for 700 years, so it attacks Tenchi because he is a descendant of the one who sealed her. 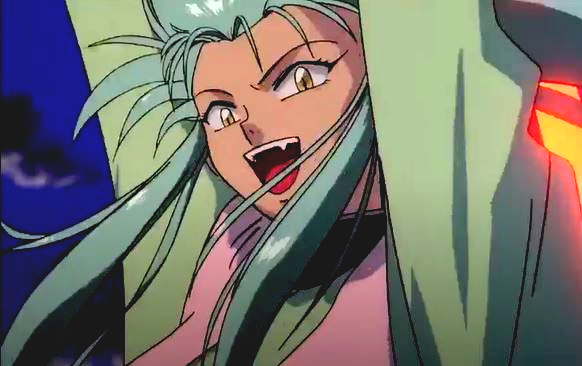 Tenchi tries to run and hide from the demon in the school, but he gets found everytime. When Tenchi gets outside of the school, Ryoko physically confronts him, but the sword protects him once again. Tenchi uses the sword in a very skillful way, and he cuts off the demon's hand. The demon's hand contains one of her gems, which are her source of power. When this happens, the demon surrenders, and the fight ends. The demon regenerates its hand, and leaves.

When Tenchi returns home, he finds the demon in his bed. The demon seems much nicer and friendlier towards Tenchi now. It is here, that this first episode ends. The rest of this anime will focus on Tenchi's experiences, his life full of supernatural powerful creatures, and living with the demon Ryoko. 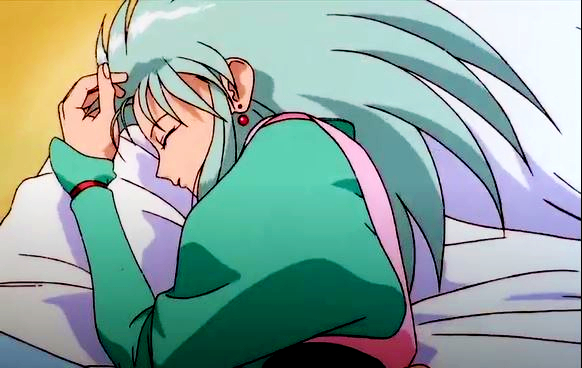 Tenchi Muyo is a classic. It has so many great elements and themes in it. This is another one of those animes that will appeal to both women and men. There is so much action, funny moments, and interesting storylines in this anime, so I do definitely recommend watching it.

Tenchi Muyo is a fun light-hearted anime to watch. It is full of themes about outer space, demons, lineage, and romance. This anime does have sexual situations so I recommend it more for teens and adults, rather than younger children.