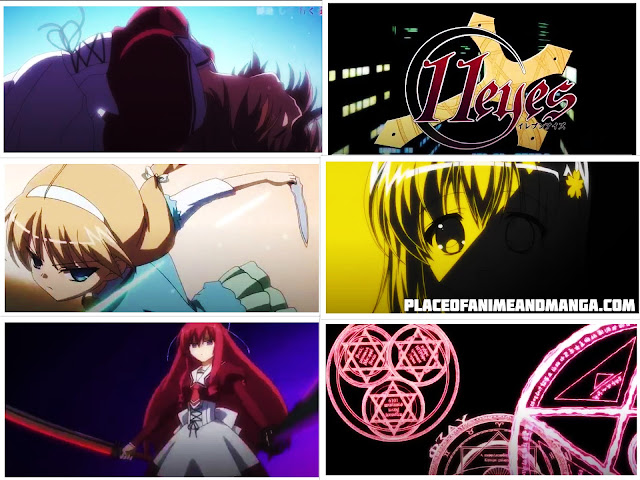 This anime starts out very dark with an older sister killing her younger brother, and then the older sister dying herself. A younger female sibling survived the massacre and watched her family be killed. What a sad dark bloody scene.

This intro scene plays with static at certain times to convey that the deaths and murders were not fully understood and that they were watched like a static tv show. Things are unclear at times and the shock of the event may have made the witnesses of the murder black out at times.

The opening theme rock music for this anime matches the dark themes of the anime.

After this opening theme song finishes, the anime then starts at a shrine where a shrine maiden is divining fire. While doing this, an image of a woman appears in the fire. Divination can have consequences though, so the diviner ends up getting injured while divining the fire. She loses control of the fire and a mark/symbol then appears on her body where the fire hurt her. The diviner believes that this symbol means that she will be able to meet someone that she wants to see soon. 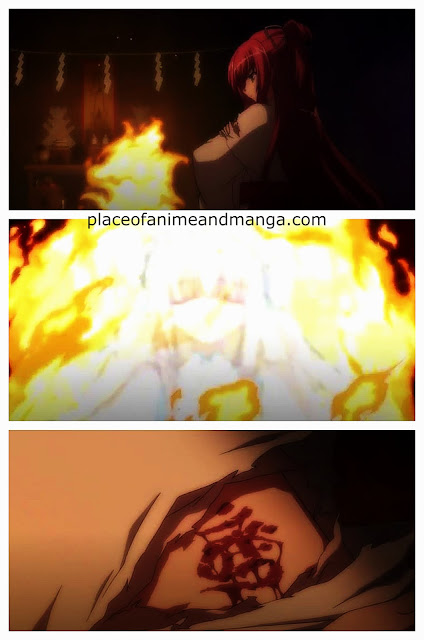 After this scene, the anime then transitions to an everyday calm school scene. However, even this school scene is anything but normal. During the day there is a moon seen in the sky, and the main male lead character named Kakeru, has an eye patch over one of his eyes. It is here that we learn about both main lead characters.

Both lead characters grew up in an institution. Kakeru had a had life since his only family, his sister, committed suicide many years ago, and he had no friends other than Yuka to help him at that time. Yuka was adopted by a good family and she has looked after Kakeru for many years. These two are almost always together; they are true friends. 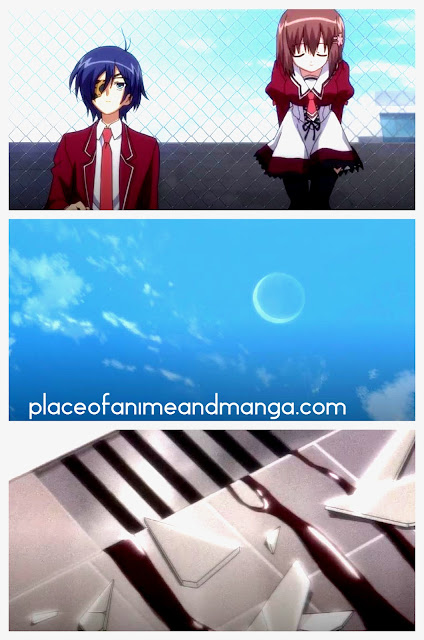 While Kakeru and Yuka are talking, someone is watching them from a distance, but things still seem quiet, and the anime stays calm with Kakeru and Yuka leaving school and walking home with two of their school friends. Though Kakeru is very quiet and doesn't talk much, he and Yuka still have some very lively endearing friends. 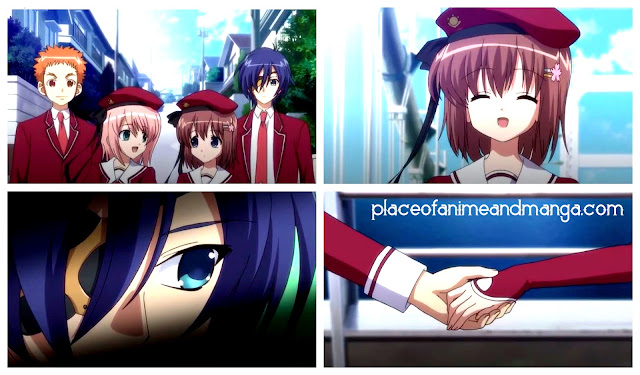 Suddenly, everything around Yuka and Kakeru turns red and shows static. The change in their world causes them discomfort and physical pain. The world as they know it shatters and everything turns dark red and black; it is like they have entered an alternate world/realm. The moon now is even black in this realm, and all the people have disappeared except for them. 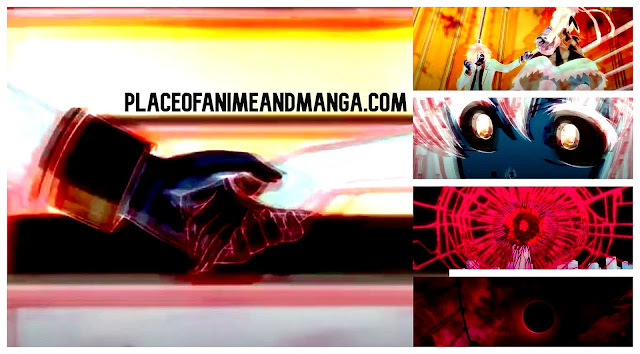 Kakeru feels that something is here in this world with them, something dangerous, so he gets Yuka to start running and head for the school. Kakeru is right about the danger because while they are running towards the school, monsters suddenly come out of nowhere and attack them. 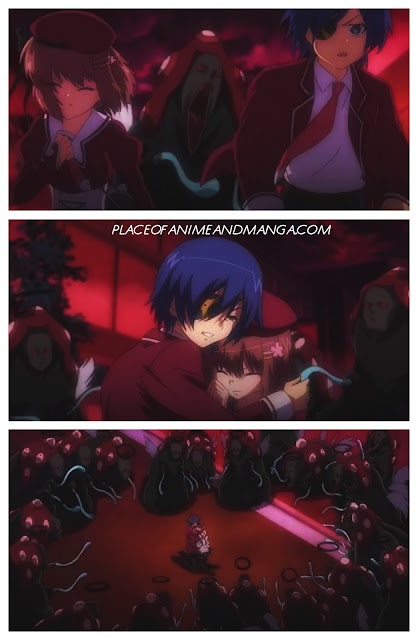 Suddenly, everything shatters again and the world returns to how it was before. Everything is normal again, and no one else seems to have become aware of what happened. So Kakeru and Yuka go home, but they are unable to sleep after what happened to them. Kakeru also has nightmares about the world they saw earlier; this red dark world, which Yuka and Kakeru decided to call "Crimson Night".

Since everything is normal again the following morning though, Yuka and Kakeru go to school together like normal. Things still are not right though because the person who was watching them before at school, is still watching them again. This person ends up entering their school as a student. Her name is Shiori.

Shiori is popular with the students since she came from Italy, but she is very standoffish and rude to her classmates; she tells them to stay out of her life and to not talk to her since she is not interested in any of them. However, Shiori does take an interest in Kakeru though. Something about Shiori offsets Yuka and causes her to faint, so Kakeru carries Yuka to the school clinic to be treated. In the clinic, Yuka is diagnosed with anemia and sleeps until school is over.

After school ends, Kakeru and Yuka walk home together as usual, and stop by the mall. They don't go the way that they went yesterday because of what happened, so they decide to go a different way. They do enjoy themselves shopping and they even have a picnic outside. The whole time, Shiori follows them in secret. This does not disturb them though and they get to enjoy a romantic day outside enjoying the beautiful weather.

This beautiful intimate moment between them does not last long though, because the "Crimson Night" returns and they see a dark image of Kakeru's sister, Kukuri. Yuka and Kakeru are then attacked by monsters again, and something is watching them be attacked, some mecha machine-looking thing. It is here that this first episode ends.

Is This Anime Worth Watching? このアニメを観るべきですか？

There are a lot of panty shots in this anime also, so it is definitely an ecchi anime, so that mixed with the dark themes (suicide), makes this anime inappropriate for younger children, but teens and adults should be fine.

I think if you like darker themed fantasy animes, you may like this one, but this anime is one of those that will take more than one episode to get into, so this anime may be a hit or miss for many people. Thus, I suggest giving the first two episodes a try to see if you like it or not. If it is not for you, then you can just drop it.