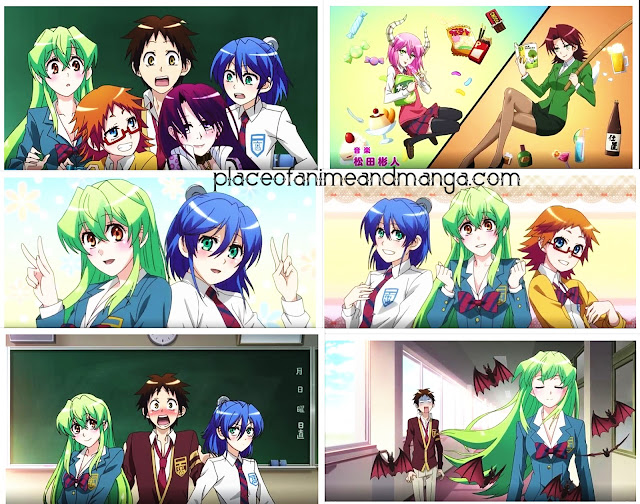 This anime starts out with a guy named Asahi running through school to find the girl that he likes so that he can confess his feelings to her. However, when he sees her, both of them scream. Seeing the start of this anime, it looks really cute and funny, so I already know that I will like it.

After this opening scene, we are left in mystery about why they both screamed, since the anime then transitions to an everyday school scene where the male students are playing a card game ♠. It is at this time that we learn a bit about the main male lead character, Asahi's personality.

Asahi is very truthful and honest; he can't lie and he is very bad at keeping secrets. Despite this though, Asahi has been able to keep one secret for a year now. His secret is that he likes his classmate, Youko Shiragami. Asahi notices all of Youko's habits and routines. Youko is very mysterious and is the opposite of Asahi in personality. 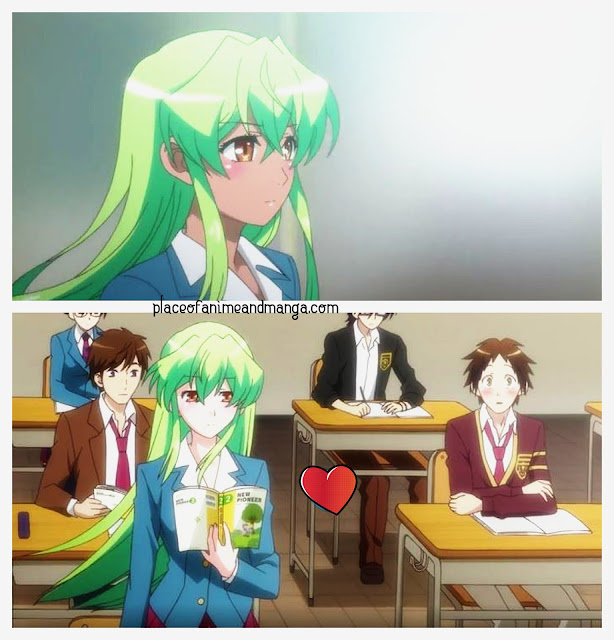 Asahi has a very sweet and innocent personality. He is really adorable. While other boys in school like to look at the girls and are perverted, Asahi focuses on observing the girl he likes and doesn't look at other girls, so he would make a great loyal boyfriend for a lucky lady.

Unfortunately, Asahi thought that he kept his feelings for Youko a secret all this time from everyone, but his friends knew exactly when he started to like Youko last year. Asahi has been unlucky with girls and his friends remind him of the embarrassing incident last year when he liked the class president and she brutally turned him down; they all witnessed this sad scene together. So this time, Asahi's friends tell him to confess quickly before the girl can reject him before he can even express his feelings.

Asahi has great supportive friends who are there for him when he faces challenges and needs emotional support and encouragement. One of Asahi's friends is just as observant as Asahi is as well; this friend even noticed that the girl that Asahi likes has been stealing glances at Asahi from time-to-time in class. 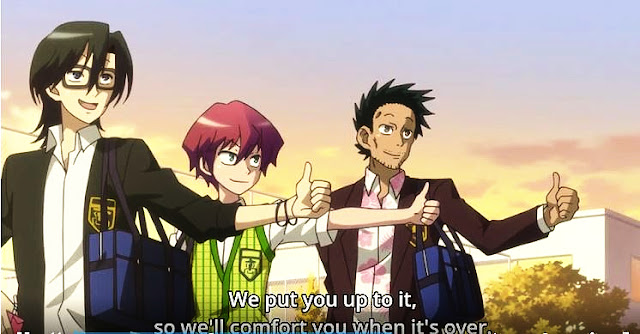 Asahi is encouraged by his friends words, so he writes a confession letter, and runs to give it to Youko. It is here that we return to the opening scene and we learn why both of them screamed when they saw each other. The reason for the screaming was because Youko thought that she was alone at school, so she got comfortable and released her wings and stretched them out. Asahi walked in at that exact moment, the worst possible moment. Asahi even saw Youko's fangs, so this is when he learns that Youko is a vampire. This is Youko's great secret. 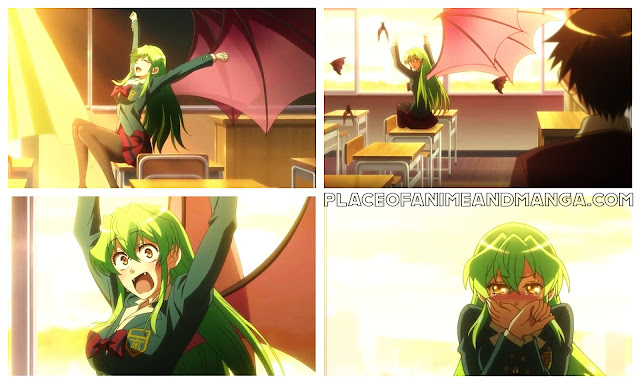 Asahi takes too long with his confession, so his friends decide to check up on him. At the same time, Youko explains her mysterious habits to Asahi and how it is connected to her being a vampire. While talking to Youko, Asahi confesses to Youko that he thinks she is cute. Basically, Asahi tells Youko that he likes her, but Youko is really dense so she doesn't pick up on it. So, Youko remains completely oblivious to the fact that Asahi confessed his love to her. 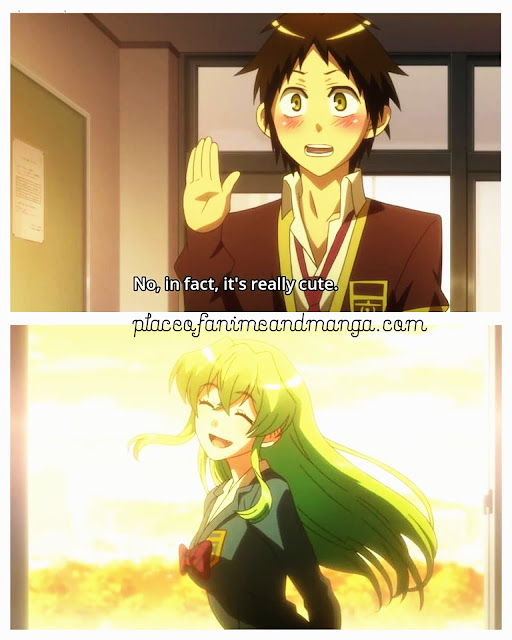 Unfortunately, Youko's dad told her that if anyone discovers her secret (that she is a vampire), Youko will have to leave the school. When Asahi hears about this, he feels a lot of guilt and blames himself.

Even though Youko is a vampire, she is very sweet. She loves to talk to people and to be around them, but because she has to hide her fangs and who she really is, she has to remain quiet, and be soft spoken, alone, and isolated from others. This is very sad. High school is one of the most important influential times for teens, so to spend it without making friends is very sad. 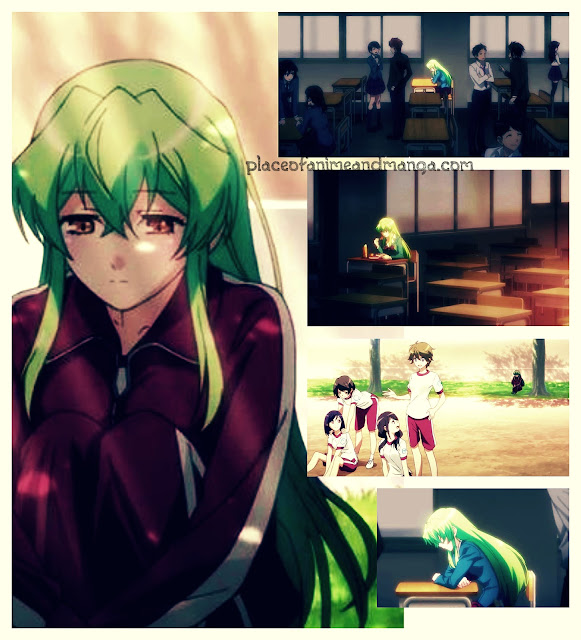 Youko is trying to make Asahi feel better though about having to leave the school. She tries to hide her pain and sadness about not being able to be a student anymore and be around others, but her pain is very apparent. You can't help but feel moved by Youko and sympathize with her.

Seeing Youko try to hide her pain and feelings upsets Asahi so he promises to protect her. He swears to help her keep her secret. Asahi also tells her that he cares about her and that he wants to be her friend. This really shocks and moves Youko to tears because she has not had a single friend or even one person that she could talk to since she started school. 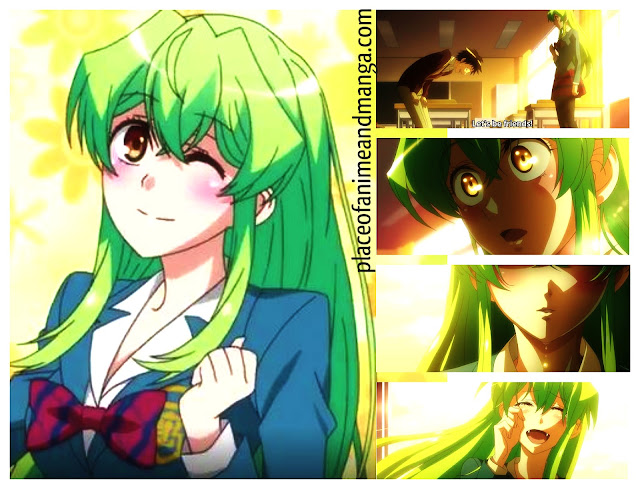 Asahi will now face a huge challenge as he will have to keep a secret for someone for the first time no matter what.

Looking at this anime so far, it is clear that it will be about personal growth for both main lead characters, their friendship with each other and their classmates, and how they change and mature over time as they experience everyday life experiences.


The ending theme song for this anime is very nice! It is a Japanese male vocal but it has a very K-pop sound to it, so I love it!

Is this anime worth watching? このアニメを観るべきですか？ 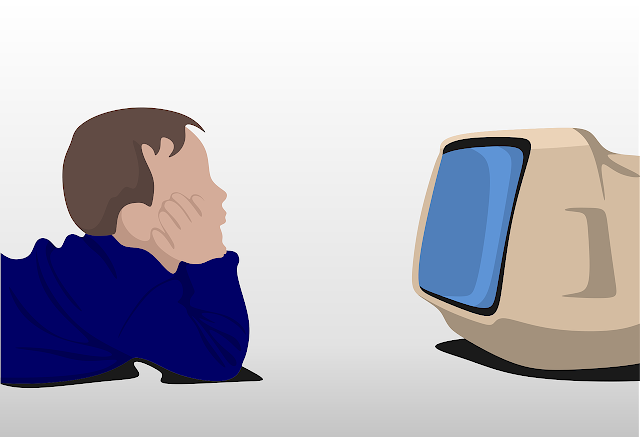 I really think this is an adorable anime, so I plan to watch the whole series. It is a very soft sweet anime that will have tender moments, and maybe even be a  tearjerker at times.

I want to watch the main characters as they grow and have new experiences. I am curious how they will end up. I have a feeling that romance will blossom between Asahi and Youko, which will be both comedic, and adorably endearing. Thus, I definitely recommend giving this anime a try if you like sweet, gentle, and comedic animes.

This anime is a great twist on school life anime since it adds some supernatural elements to it to enhance excitement, so this anime will appeal to many different people across different genres.